No. 9 Baylor braces for loud noise, late night at No. 21 BYU

The marquee matchup featuring No. 9 Baylor and No. 21 BYU will be a loud one and a late one. Not to mention the last one as nonconference adversaries.

To prepare for BYU on Saturday night (kickoff: 10:15 p.m. EDT) and the thunderous clatter inside LaVell Edwards Stadium, the Bears have been blaring crowd noise at practice.

“They’re going to be juiced up,” Baylor wide receiver/kick returner Gavin Holmes said as the Bears make their first trek to Provo, Utah, since 1984. “But we can’t let the outside noise get into our circle. … It’s definitely going to be a big test for us.”

For the Cougars (1-0), this will be a final glimpse into the world of Big 12 football before joining the league next season. The Bears (1-0) are no ordinary team out of the Big 12 — they’re the defending champions. They’re a 12-win team from a year ago, which included a 38-24 win over BYU in Waco, Texas, and a victory in the Sugar Bowl.

This will be a good gauge to measure how they stack up. But the Cougars downplayed that sort of angle in a contest where they’re a 3 1/2-point favorite, according to FanDuel Sportsbook.

“All I have to say about that is that I’m just excited to play them,” BYU offensive lineman Blake Freeland said.

In the aftermath of Baylor’s win last season, one message resounded: The Cougars needed to get even stronger with a Big 12 schedule looming.

“I think we have done that,” defensive lineman Lorenzo Fauatea said. “On both sides of the ball, everybody looks better, feels better and is playing better.”

The last time Baylor’s football team played in Provo was 1984, when the LaVell Edwards-coached Cougars won 47-13 on their way to a 13-0 season and a national title. The Bears know full well what’s in store at the roaring stadium named after the legendary coach.

“It’s packed. It’s loud,” Baylor coach Dave Aranda said. “That’s a storm we have to run into, and we’ve been talking about and preparing for that.”

Baylor sophomore quarterback Blake Shapen was sharp in a 69-10 win over the University at Albany, throwing for 214 yards and two scores while running for another TD. Shapen’s poise certainly caught the attention of BYU coach Kalani Sitake.

“He looks like a veteran back there even though he’s still young,” Sitake said. “Baylor is a tough team to deal with especially when you mix that with a quarterback that’s accurate and has great composure.”

BYU QB Jaren Hall threw for 261 yards and two scores in a 50-21 win at South Florida. His experience stood out to Aranda.

“He’s going to be one of the better quarterbacks we’ll play all year,” Aranda said. “The film’s impressive in terms of the decisions he makes, and the throws he doesn’t take. He doesn’t put the team at risk. He was good last year. He’s better now.”

The Cougars know all about Baylor offensive coordinator Jeff Grimes, who held the same role with BYU from 2018 to 2020. He helped mentor BYU standout and New York Jets QB Zach Wilson. Wilson was in the running for the Heisman Trophy in 2020 as he threw for 3,692 yards and 33 TDs.

Bears offensive line coach Eric Mateos also makes his return to Provo. He was in the same position with the Cougars.

Aranda isn’t reading too much into Baylor’s 5-1 record against ranked teams from a season ago.

“We don’t really look at the opponent that way,” the third-year Baylor coach said. “We talked about narrowing the focus, upping the quality and increasing the speed. Those are the things that can travel and can play when it’s third down there and you can’t hear anything.” 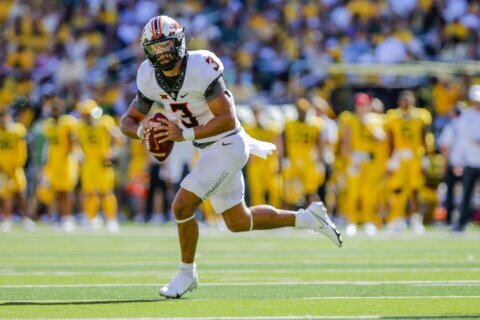 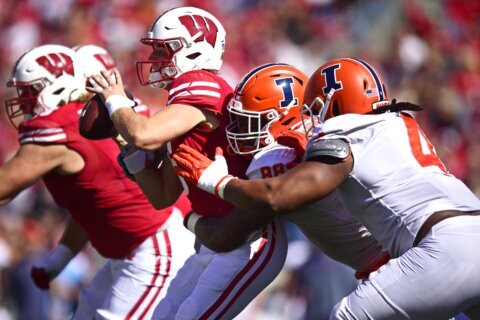 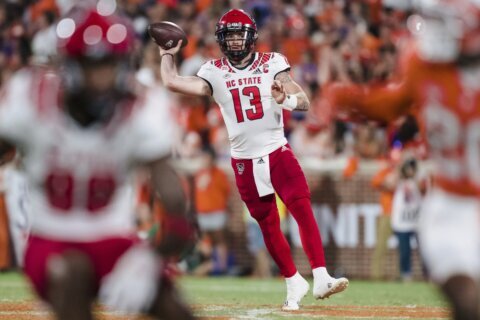