Interim head coach Mickey Joseph said Sunday that defensive coordinator Erik Chinander was fired a day after Nebraska gave up 580 yards and 49 points in lopsided loss to No. 6 Oklahoma.

Chinander had led Nebraska’s defense since Frost took over the team in 2018, but his unit floundered this year as the Cornhuskers fell to 1-3. A week before the 49-14 loss to Oklahoma, Nebraska gave up 642 yards in a 45-42 upset by Georgia Southern that preceded Frost’s firing.

“We appreciate Erik and the work and dedication he has given to our football program,” Joseph said in a statement. “At this time, I feel that it is in the best interest of the Nebraska football program to take the leadership of the defense in another direction.”

Athletic director Trev Alberts said after Joseph was named interim head coach that he would have the power to make any changes he thought were needed. Alberts fired Frost after he went 16-31 in a little more than four seasons. 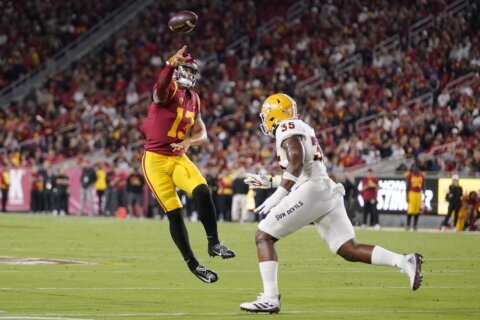