Week 2 is a quick turnaround for college football fans.

With the Labor Day Weekend games going through Monday night, you don’t have much time to recoup before it ramps back up.

The five most intriguing games of Week 2, with lines from FanDuel Sportsbook:

The Bears pulled away from the Cougars in their meeting last year in Texas, a big win in what turned out to be one of the best seasons in school history. The return trip is the first of five games against Power Five opponents for the Cougars. Baylor offensive coordinator Jeff Grimes came from BYU to turn around the Bears’ offense last season.

Gators QB Anthony Richardson has a chance to be a season-changing player for Florida and the Southeastern Conference. Kentucky has split the last four meetings, which doesn’t sound like much, but the Gators had won 34 straight before that. For the second straight week, a big one in the Swamp.

3) No. 10 Southern California at Stanford

Lincoln Riley’s debut at USC was the expected feel-good affair against Rice. Stanford has slipped from its 2010s peak, but the Cardinal still beat the Trojans badly enough last year to get Clay Helton fired. Stanford is not the measuring stick it once would have been for USC, but it is the first true test for Caleb Williams, Jordan Addison and team transfer portal.

No team in the country looked better in Week 1 relative to its 2021 performance than Arizona, handily beating San Diego State after going 1-11 in coach Jedd Fisch’s debut season. This nonconference matchup against an experienced SEC team seemed as if it would be too much of a lift for the Wildcats in the offseason. Now, it’s intriguing.

Two storied programs getting together on campus is always interesting, but let’s be real: This is not so much about whether former Tide assistant Steve Sarkisian’s Longhorns can beat ‘Bama as it is getting a gauge on where the rebuild stands in Year 2.

The rest of the ranked teams facing FBS opponents:

Buckeyes expected to be without star WR Jaxon Smith-Njigba for a few games in which they won’t miss him … OHIO STATE 59-10.

Mountaineers get at another shot at a P5 upset, but a much tougher task at College Station … TEXAS A&M 38-17.

Another tuneup before the Sooners head to Nebraska … OKLAHOMA 56-21.

Red Raiders expected to be without QB Tyler Shough … HOUSTON 42-41.

Discouraging opener for the Cardinals, followed up by another tough road trip … UCF 35-31.

Both opened with encouraging victories after miserable 2021 seasons … NORTHWESTERN 23-14. 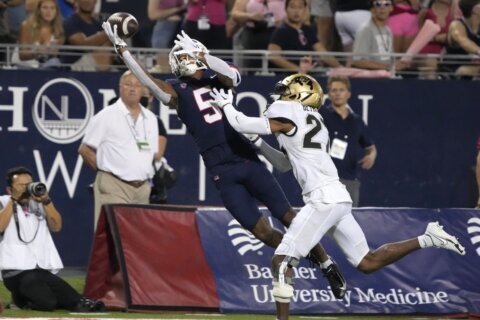 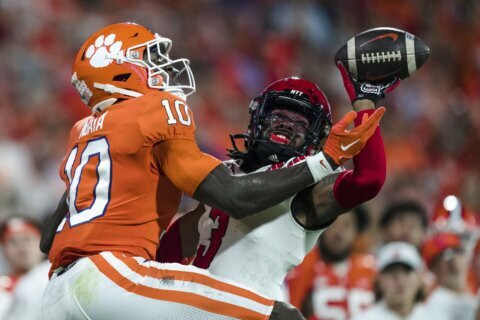