ACC off to strong start in nonconference games

Winner of two national championships in the past six years — the only league other than the SEC to claim even one — the ACC is off to its best start in nonconference games in at least two decades.
Listen now to WTOP News WTOP.com | Alexa | Google Home | WTOP App | 103.5 FM

BOSTON (AP) — All that talk about how the Big Ten and Southeastern Conference are making the rest of college football irrelevant?

Well, the Atlantic Coast Conference would like a word.

Winner of two national championships in the past six years — the only league other than the SEC to claim even one — the ACC is off to its best start in nonconference games in at least two decades. The ACC is 28-6 against other conferences so far this season, including a 17-6 record against the FBS and 6-5 against members of the other Power 5 leagues.

“Wow,” Clemson defensive end K.J. Henry said, though he urged caution. “The last thing I’m going to do is go out on the side of the street and say, ‘We have the best conference.’ That’s not for me to say.”

No. 5 Clemson, which won it all in 2016 and ’18, is 3-0 for the seventh time in eight years and seems headed for its seventh trip to the College Football Playoff in the last eight years. But it’s not just the Tigers.

“We have great competitors in this league and 82% against nonconference (teams), that speaks to how much we’ve grown as a league,” Henry said. “It’s definitely going to be a challenge week-in and week-out.”

The ACC has eight more nonconference games this week, including three against the Power 5. In a matchup of ranked ACC teams, Clemson plays No. 21 Wake Forest, which beat Vanderbilt of the SEC on Sept. 10 but had to scrap to hold off Liberty, an independent recently promoted to FBS, in the final minute 37-36 last week.

Demon Deacons coach Dave Clawson said he prefers to start the season with four nonconference games and then turn his attention to the ACC. This year, with quarterback Sam Hartman missing the opener, it was especially important.

“That would be the ideal world, and this year was pretty close to ideal,” Clawson said. “I feel like there’s been a progression with our schedule. And now this week, I can’t imagine when the year’s over that this isn’t going to be the best or one of the two or three best teams that can play all year.”

Even with the league’s success, there are some stragglers.

After losing its first two games – against Rutgers of the Big Ten and ACC foe Virginia Tech – Boston College picked up a win against FCS Maine. Louisville (1-2) beat Central Florida on the road two weeks ago but collapsed in the fourth quarter in a 35-31 loss to Florida State.

The Cardinals close the first part of their nonconference schedule against South Florida.

“They’re a much better football team than what it was the last two years,” coach Scott Satterfield. “Again, it’s a big game for us this week.”

Georgia Tech lost 42-0 at home to Ole Miss last week, adding that to a 41-10 opening loss to Clemson. The Yellow Jackets did beat Western Carolina 35-17, but in their last four games against Power 5 teams they have been outscored 183-10. (Up next: Central Florida, a 20.5 point favorite.)

Clemson offensive coordinator Brandon Streeter said the Tigers try to prepare the same way — whether it’s an opponent from the ACC, SEC or even FCS.

“That’s what the good teams do, is that they focus on themselves,” he said. “There’s no doubt about it: The ACC has got some strong teams, and week-in and week-out we can see that. It’s always going to be a competition every single week.” 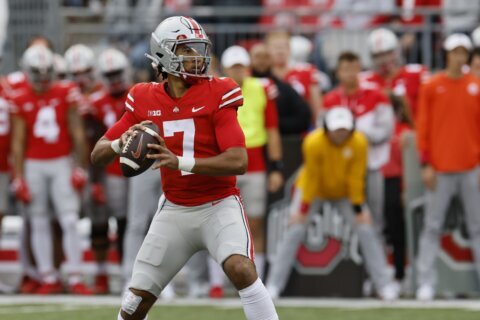 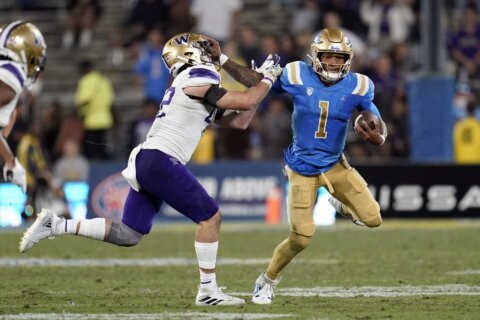 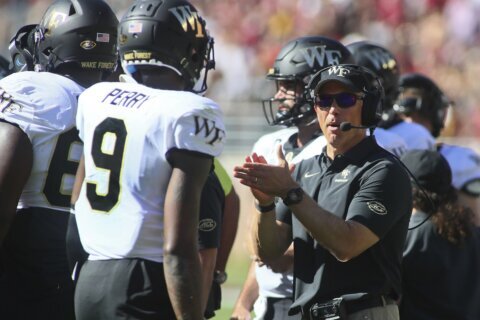