LSU’s Kelly frank about uncertainty as camp kicks off

BATON ROUGE, La. (AP) — Invigorated as LSU coach Brian Kelly appears to be by his first year at the helm of a traditional Southeastern Conference power, he didn’t downplay the relative uncertainty surrounding the Tigers as fall camp opened.

A coaching staff that has just one returning assistant — offensive line coach Brad Davis — has a slew of decisions to make about a roster comprised of numerous new players.

LSU opens its season against Florida State in New Orleans on Sept. 4. But as camp opened on Thursday evening, Kelly said he could not yet even pencil in who likely starters would be at quarterback, cornerback or along most of the offensive line.

“A lot of good and bad things happen in those units, and there’s questions that have to be answered,” Kelly said. “Now, I stand here in front of you feeling pretty good about the players we’ve put together in very short order that can go out and play at a very high level in the SEC. But the fact of the matter remains, we’ve got to figure out who those guys are.”

At the end of last season, the Tigers were so thin at quarterback that they had to start receiver Jontre Kirklin, a former high school QB, in the their Texas Bowl loss to Kansas State.

Now they have four QBs to choose from, including two — 23-year-old graduate Mayles Brennan and redshirt freshman Garrett Nussmeier — who’ve already played under center for LSU. They’re competing with transfer Jayden Daniels, who was a three-year starter at Arizona State, and Walker Howard, a coveted freshman recruit.

None of last year’s starting cornerbacks have returned — not much of the secondary overall for that matter. But Kelly has tried to shore up the position with Oklahoma State senior transfer Jarrick Bernard-Converse and Ohio State graduate transfer Sevyn Banks, among others.

After losing three offensive linemen in the NFL draft, that unit needs to be remade. Among those returning from last season, Cameron Wire is the most experienced with four starts, but was plagued by injuries last season.

“We’re going to go through camp and have to make some tough decisions and, quite frankly, rely on evaluations in camp to do that,” Kelly said. “That’s a little bit different in my years. Generally, we’ve had guys kind of — you know, everyone says the depth chart, it’s always open — but you always have a guy penciled in somewhere. There’s not a lot of penciling in yet. So, yes, there’s some work to be done.”

This uncertainty, on the heels of last season’s 6-7 record in the final season under 2019 national champion coach Ed Orgeron, is a reason expectations for LSU are lower than usual.

The Tigers were picked to finish fifth in the seven-team SEC West Division in the league’s preseason media poll.

But if Kelly chooses the right starting QB, and the line blocks for him, the passing game could be elite. Kelly said Kayshon Boutte, who is wearing the No 7 jersey traditionally given to the most talented Louisiana native on the roster, is looking good as he returns from ankle surgery.

“He’s an explosive player,” Kelly said. “I’m excited for him, really, because you can see his potential is one of: Can he be the best receiver in the country? I think he can be.”

Jack Bech, one of LSU’s top receivers from the tight end spot last season, is back as a receiver this year. He is recovering from an injury, but Kelly was optimistic he’d be back at practice within days from shin splints.

The Tigers also expect to have a strong pass rush, thanks to Ali Gaye’s return for his senior season, and the return of sophomore Maason Smith.

The running game should be bolstered by the return of John Emery Jr., who was ineligible last season. But the group won’t be as deep as expected; Kelly said Tre Bradford was no longer on the team or enrolled at LSU.

Still, Kelly sounded encouraged by a running back corps which saw the addition since spring of Penn State transfer Noah Cain.

“I really like the depth of the group when you add Cain to the mix as well,” Kelly said. “All of them have a chance to contribute. … I’m OK with that. I think that’s great. All of them are very competitive and all bring a little bit something different to the table.” 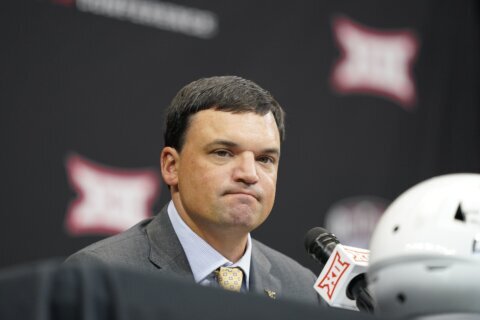 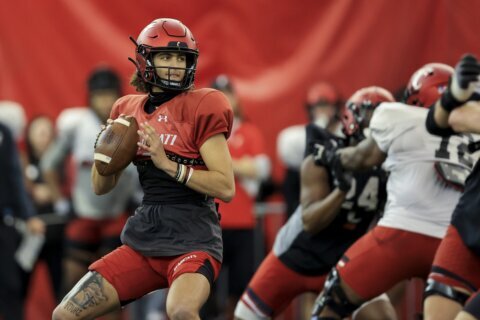 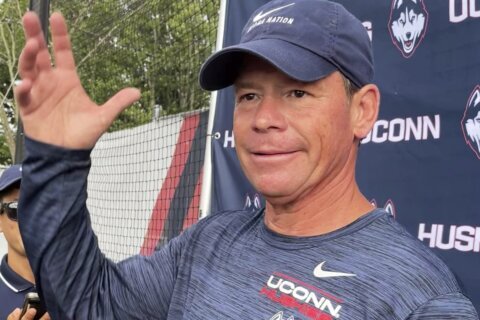