The university presidents who oversee the College Football Playoff are scheduled to meet Friday to discuss expanding the four-team format, re-opening the possibility that a new model for crowning a champion could be implemented as soon as the 2024 season.

Two people familiar with the situation told The Associated Press on Wednesday that CFP’s Board of Managers, led by Mississippi State President Mark Keenum, is set to convene by video conference.

There is no guarantee the presidents will take any official action or vote to approve an expansion model, but another person familiar with the situation told AP they would like to accelerate a process that had ground to a halt six months ago.

All the people spoke to the AP on condition of anonymity because the board’s plans were not being made public.

The CFP management committee, comprised of 10 FBS conference commissioners and Notre Dame’s athletic director, is scheduled to meet next week in Dallas.

The management committee is responsible for hashing out a format for the CFP, but the presidents have the final say on what happens with the playoff.

Back in February, CFP Executive Director Bill Hancock announced expansion talks among the commissioners had failed to produce the needed unanimous consensus in time for the format to change before the end of the current contract with ESPN. That deal runs through the 2025.

The CFP recently announced the sites of the championship games for the final two seasons of the current 12-year deal.

Hancock said back in February that expansion talks would resume later in the year with a focus on what the playoff would be starting in 2026.

Since then, the commissioners who opposed the proposed 12-team format have seemingly softened their stances. The commissioners left a June meeting with renewed optimism their differences could be worked out, one of the people said.

Last year, the relatively new commissioners of the Pac-12, Big Ten and Atlantic Coast Conference pushed back against an expanded playoff plan that was unveiled in the summer 2021.

The 12-team model, that included six conference champions and six at-large teams, had been worked on for more than two years by a group of four commissioners, including Greg Sankey of the Southeastern Conference.

Concerns about automatic access for certain conferences, how the Rose Bowl would fit into an expanded format and the health and safety of players competing in as many as 17 games were cited as reasons against the 12-team plan.

Failure to get agreement on expansion left Sankey and others frustrated. Expanding the playoff before the end of the current television deal has been estimated to be worth an additional $450 million in media rights to the conferences.

At the SEC meetings in late May, Keenum said the presidents wanted the commissioners to provide a plan for the next CFP format no later than June 2023.

Keenum also said then that the presidents planned to take a more active role in expansion talks and that he wanted them to meet again before the end of the summer to “continue the dialogue.” 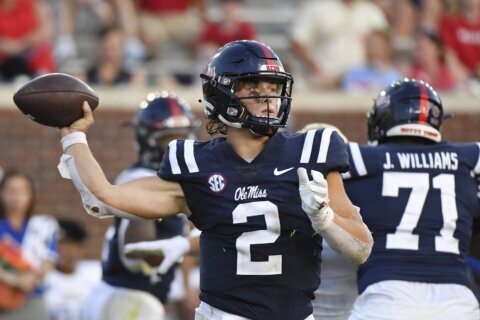 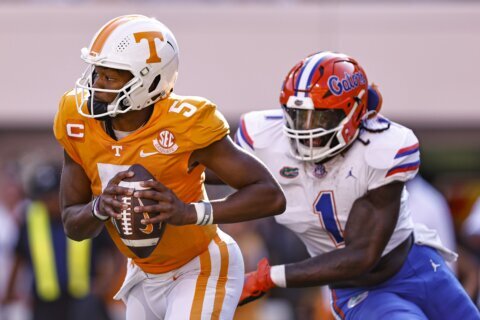 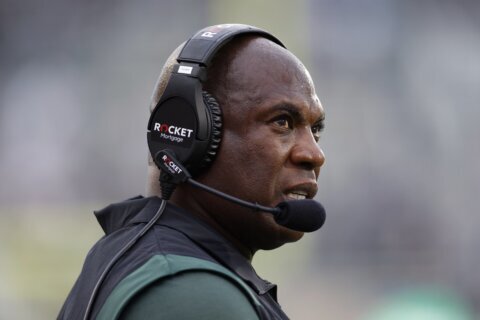 Takeaways: After rush to give Tucker megadeal, MSU slips