Georgia, Alabama coping with high expectations at top of SEC

ATLANTA (AP) — It’s no easy task to live with expectations at the top of the Southeastern Conference.

Alabama’s 2021 season has been described as a disappointment even though the Crimson Tide won the SEC title and played in the national championship game.

Georgia won its first national championship since 1980 by beating Alabama. After having 15 players selected in the NFL draft, including three defensive linemen, Georgia now faces criticisms that its time at the top will be only a one-year stay.

The Bulldogs are viewed as underdogs to the Tide in this year’s SEC race. Alabama, Ohio State and possibly others are more popular picks in early national championship projections.

Coach Kirby Smart said Wednesday he doesn’t worry about his Bulldogs getting complacent.

“I don’t think any of our guys would rest on the laurels because we don’t really have a lot of guys that have laurels to rest on,” Smart said at the SEC Media Days. “I think that’s the biggest thing because everybody keeps bringing up you won a national championship, so do you worry about complacency. Well the guys who won it, they’re mostly in NFL camps, so there’s a lot of hungry guys on our team.”

“The biggest goal of our team is always to win a national championship and we didn’t meet that goal last year,” Anderson said Tuesday. “So that season was not the successful season that we wanted, because all the blood, sweat and tears we put in, all the hard work, all the long meetings — is to get to the national championship and win it. And we got there and didn’t finish the way we wanted to finish.”

If Smart’s read on his new starters’ motivation is correct, the Bulldogs’ hunger is most prominent on defense. There were five Georgia defensive players selected in the first round of the NFL draft, including defensive end Travon Walker as the No. 1 overall pick by Jacksonville. Three more defensive players were picked later in the draft.

Georgia linebacker Nolan Smith said he attended Walker’s draft party and wasn’t worried about the impact of the draft on this season’s defense.

“It made me really happy, seeing all my friends realize their dreams,” Smith said. “There’s nothing more that a friend should ask for than to see your other friends be successful.”

Including LSU in 2019, Alabama in 2020 and Georgia, the SEC has had three different teams win the last three national championships. That can provide encouragement for coaches trying to build championship programs, including first-year Florida coach Billy Napier.

Georgia has won the SEC East four of the last five years and is 27-2 in the division since 2017.

“I think we’re all aware there’s a large gap between Georgia and No. 2, and we’re working on closing that,” Kentucky coach Mark Stoops said.

Florida finished 6-7 overall, including 2-6 in the SEC, in 2021, leading to Dan Mullen’s firing. Even so, Florida finished first in the East in 2020 and linebacker Ventrell Miller insists the Gators can return to the top.

“How big is the gap?” Miller asked Wednesday. “I don’t feel like there’s no gap.

“We’re the University of Florida. I feel like we had a bad season last year but we’re moving on, and I feel like this season is going to be a great season.”

The 33-18 loss to Georgia provides ample motivation for Alabama, including its Heisman Trophy-winning quarterback Bryce Young. 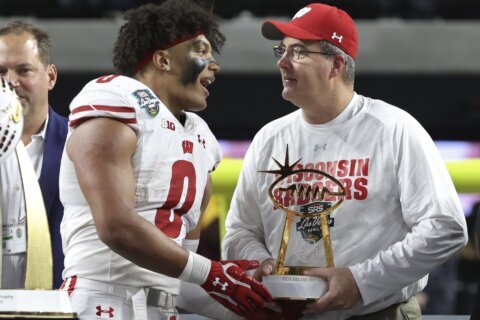 No. 18 Badgers seek to reclaim status as Big Ten contenders 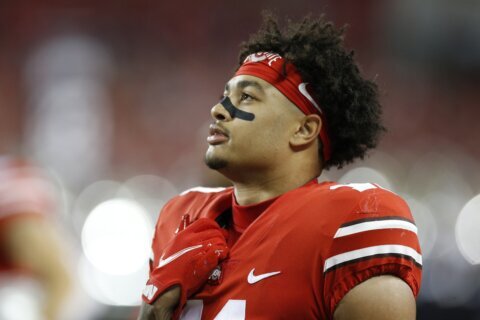 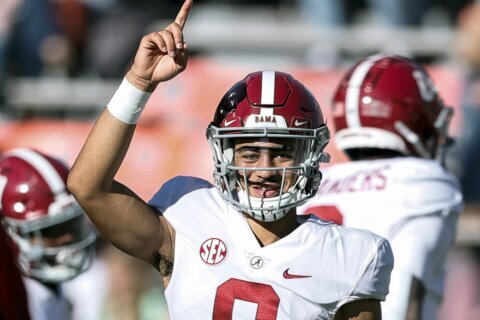