Tony Elliott waited years before he felt it was the right moment to leave the Clemson staff and become a head coach. The timing gave him plenty of company as he takes over at Virginia.
Listen now to WTOP News WTOP.com | Alexa | Google Home | WTOP App | 103.5 FM

CHARLOTTE, N.C. (AP) — Tony Elliott waited years before he felt it was the right moment to leave the Clemson staff and become a head coach. The timing gave him plenty of company as he takes over at Virginia.

“I don’t know if it makes it any easier,” Elliott said Thursday during the ACC Kickoff preseason media days. “But it is comforting to know that I’m not by myself.”

This is the fourth time the conference has traded out as many as four coaches since expanding to 12 teams in 2005 on the way to 14 football-playing members. But this is the first time that all four are in one seven-team division, adding another variable into a Coastal Division race long known for its unpredictability.

“As much as the Coastal has been fluctuating and up and down, I think pretty much everyone has either turned over their quarterback or turned over their coach — one of the two,” Elko said. “When you do those two things, you’re creating a lot of variety in terms of how the season can play out.”

The rest of the league coaches will have to guess what schemes those coaches might keep and what new tricks they’ve picked up.

“The first year, it’s very unpredictable so we can’t sit and do gameplans,” said North Carolina coach Mack Brown, whose team faces Virginia Tech, Miami and Duke in consecutive midseason weeks. “And with the transfer portal, it’s hard to even tell depth charts until we watch a couple of games.”

Of the quartet, Cristobal and Pry are returning to previous stops in hopes of restoring former glory.

Cristobal won two national championships with the Hurricanes as an offensive lineman, and later returned to Miami to work under both Butch Davis and Larry Coker.

Cristobal spent the past five seasons as head coach at Oregon, as well as a stint leading Florida International. He replaces the fired Manny Diaz as the latest coach seeking to restore the Hurricanes to the elite status of the 1980s and again at the start of the 2000s.

“The brand is a real one,” Cristobal said. “But to be a real, real one, there has to be substance. And substance meaning legitimate high-level play.”

That would be a step for a program with one 10-win season in 18 years. Quarterback Tyler Van Dyke pointed to an emphasis on discipline among Cristobal’s changes to get there.

“We had a good team aspect and all that,” Van Dyke said. “But I don’t think we really had that mentality and discipline — people missing class, not doing the right things on and off the field. Now Coach Cristobal really emphasizes that because how you do anything is how you do everything.”

Pry spent three seasons as a graduate assistant under Frank Beamer in the late 1990s. The former Penn State defensive coordinator is trying to recharge a program that has gone from regular 10-win seasons under Beamer to league also-ran under Justin Fuente.

“You can go out and be a great ambassador and talk about all the things you want for your program,” said Pry, whose suit included old-school Hokies logos printed all over the jacket liner. “But the work has to be put in. We’re still trying to evaluate exactly where we’re at as a team.”

Elko and Elliott have their own ACC ties, though at other schools. Elko previously worked as a defensive coordinator at Wake Forest under current coach Dave Clawson before stops at Notre Dame and Texas A&M, while Elliott coached under current Clemson coach Dabo Swinney the past 11 seasons — including two national-title runs.

Their challenges differ. Elliott — who considered taking the Duke job before opting to replace Bronco Mendenhall after his surprise resignation — is leading a program that has four straight seasons of .500 records or better. But Elko faces a full rebuild with the Blue Devils after David Cutcliffe’s 14-year run fizzled in the past two seasons.

That’s a lot of change for one league, let alone a division that had recently had seven different winners in as many seasons. Fittingly, it comes as the league plays a final season with its two-division format before eliminating it in 2023.

That means this quartet could help deliver one last bit of so-called “Coastal Chaos.”

“For sure that,” Elko said, “and we might go out with a bang this year.” 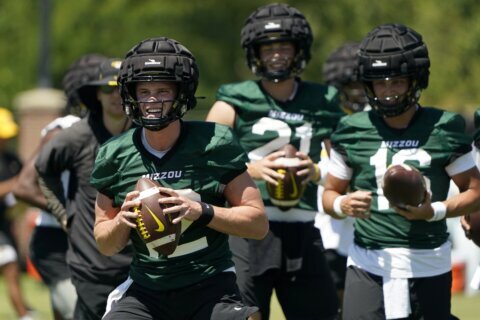 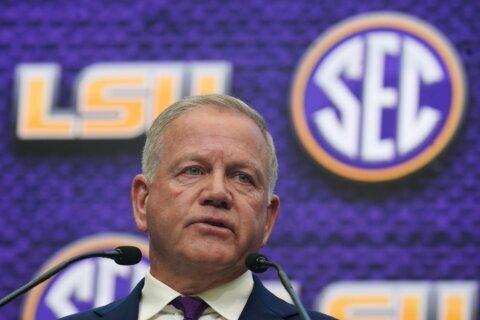