The senior quarterback turned darkhorse Heisman Trophy candidate made up for it by doing what he’s done so often during his record-breaking season: make something incredibly difficult look incredibly easy.

Pickett atoned for a late interception that allowed North Carolina to force overtime by firing a strike through a downpour at soggy Heinz Field to tight end Lucas Krull during the first possession of overtime for an 11-yard score that put the Panthers back in front.

Pitt’s defense did the rest, harassing Tar Heels star Sam Howell into a desperation fourth-down heave that landed in the outstretched arms of Panthers defensive back M.J. Devonshire to finish off a 30-23 victory.

“Listen, everyone’s talking about offense,” Pitt coach Pat Narduzzi said. “You win championships with defense. And that was a championship-level performance.”

One that kept the Panthers (8-2, 5-1 Atlantic Coast Conference) in control of the Coastal Division with two games to go. Pitt will earn its second trip to the ACC title game in four years if it wins out or if it beats Virginia next week and Miami drops any of its final three games.

Pickett’s 32nd touchdown of the season to Krull finished off a 346-yard performance in which he became the school’s all-time leader in yards passing. Pickett slipped past Alex Van Pelt’s mark of 11,267 career yards in the first quarter, the latest in a series of records that have fallen during his breakout season.

“It’s awesome but all the records, awards, accolades, it’s really a team effort,” Pickett said. “I want to thank my teammates, coaches. It’s been a heck of a run, but we’re not done yet.”

Pitt opted to stay aggressive. Maybe too aggressive. Pickett’s pass on the first snap of the Panthers’ next drive bounced off two pairs of hands before North Carolina linebacker Jeremiah Gemmel grabbed it at the Pitt 35.

The Tar Heels drove to the Pitt 3 before settling for a game-tying 21-yard field goal by Grayson Atkins on fourth down instead of going for the win in regulation.

It’s a decision that will eat at North Carolina coach Mack Brown for a while. He initially wanted to keep Howell and the offense on the field before changing his mind.

“It’s easy to sit here and second guess myself but if I knew it was going to pour the rain, it would have been more fair to take the one shot,” Brown said.

Brown cited his team’s solid second-half defense and the momentum Howell generated late as reasons he chose to kick. Then the rain came and North Carolina’s shot at a second upset of a ranked team in five days washed away.

Playing on offense first, it took Pitt all of four plays to reclaim the lead when Pickett hit the 6-foot-6 Krull just across the goal line.

Needing to respond, North Carolina went backward. Three plays lost a yard and on 4th-and-11 Howell found himself running near midfield while being chased before launching a rainbow into a sea of players in Pitt jerseys that Devonshire grabbed to set off a giddy — if wet — celebration.

More than 30 NFL executives — from scouts to general managers — turned out to watch two quarterbacks expected to hear their name called pretty early in next year’s draft.

Pickett dominated early, throwing for 208 yards and two scores in the first half alone. Howell overcame a shaky first half in which he was sacked five times, dominated late. He threw for 182 of his 296 yards in the second half and used his legs to extend plays when the protection in front of him broke down, which happened frequently.

The two met afterward, with Pickett offering Howell a prediction of sorts.

“I told him, I don’t think this is the last we’ll see each other,'” Pickett said.

North Carolina: When the Tar Heels can protect Howell and get stops on defense, they’re dangerous. When they don’t, they’re a mess. While Brown praised his team’s resilience, the fact North Carolina keeps falling into massive holes is a problem.

Pitt: The Panthers’ hope for the program’s first 10-win season since 2009 remains very much alive thanks in part to a defense that’s been hot and cold all season. Pitt found a way to make things difficult enough for Howell to build a lead and Pickett’s poise in overtime helped the Panthers avoid the kind of “Pitt being Pitt” loss that’s become a trademark of sorts for most of the last four decades.

The Panthers will stay in the polls though they will likely need some teams above them to falter over the weekend to make any sort of major leap.

North Carolina: Get a breather of sorts when FCS-opponent Wofford visits Chapel Hill on Nov. 20.

Pitt: Pickett will make his final appearance at Heinz Field — as a collegian at least — when the Cavaliers visit. Pitt has won four of its last five meetings with Virginia. 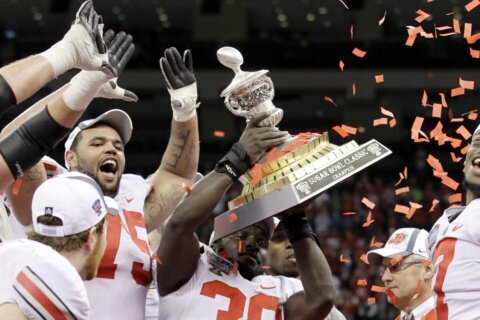 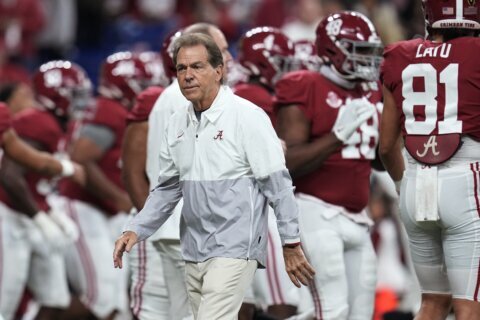 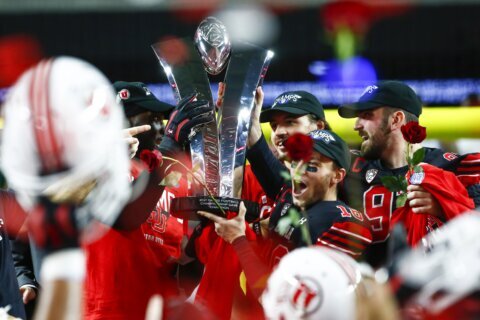