LAFAYETTE, La. (AP) — Emani Bailey scored on a 2-yard run to give No. 23 Louisiana-Lafayette a double-digit lead in the third quarter, and the Ragin’ Cajuns held off Louisiana-Monroe for a 21-16 victory Saturday.

The Ragin’ Cajuns (11-1, 8-0) won their school-record 11th straight game after a season-opening loss at Texas and went unbeaten in Sun Belt Conference play for the first time. ULL will host Appalachian State in the conference championship game next Saturday.

The Ragin’ Cajuns also extended their win streak against Sun Belt West Division opponents to 16 games under fourth-year coach Billy Napier, who said it was far from a perfect performance by his squad.

“It was not a very good day at all from a conversion down standpoint on offense, back to where we were earlier in the year,” he said. “We were 4 of 17 (on third and fourth downs) and that’s about as ugly as it can get. But our defense stepped up and made critical stops. I thought they were lights out.”

Other than a 46-yard second-quarter touchdown pass from ULM quarterback Rhett Rodriguez to Boogie Knight, the Warhawks (4-8, 2-6) did not have another offensive play longer than 24 yards.

“The difference is we don’t have explosive plays in our offense,” said Warhawks coach Terry Bowden. “We’ll drive the length of the field some, but if you don’t get those big plays, a lot of those 10- or 15-yarders, that’s a hard way to go.”

But the Warhawks made it a one-score game with 1:35 left when Malik Jackson, who ran for 112 yards, broke up the middle for a 12-yard touchdown. But a two-point pass fell incomplete and ULL recovered the ensuing onside kick.

“We knew this was going to be tough,” said Napier, whose squad took a 70-20 win over ULM in last year’s regular-season finale. “They’re a lot better football team than last year. But we’ve got a confident group, and the big picture is we’ve kept the momentum going into next week. It wasn’t pretty at times today, no doubt about that.

The Ragin’ Cajuns scored on their first two possessions. Levi Lewis hit Neal Johnson for 55 yards one play after the opening kickoff and then scored on a 20-yard keeper. On their next series, running back Chris Smith connected with Kyren Lacy on a 37-yard scoring pass to make it 14-3.

“We put some good plays back-to-back,” Napier said of the quick start. “We went touchdown, touchdown and we were in a position to do it again and came up short on a fourth down.”

The Warhawks cut the margin to 14-10 early in the second quarter on Rodriguez’ 46-yard strike down the middle to Knight.

Both teams missed opportunities the rest of the way, with both coming up short on three fourth-down chances.

Montrell Johnson and Bailey had 62 and 61 rushing yards, respectively, for the Ragin’ Cajuns.

Louisiana-Monroe: The Warhawks, who were 0-10 last season, improved their win total by four games under first-year coach Terry Bowden. But ULM, which was 4-3 in late October, ended the season on a five-game losing streak.

Louisiana-Lafayette: The Cajuns improved to 32-5 since the start of the 2019 season. ULL is also 15-1 in November games since Napier took over. The 11 wins also tied the school record for victories in a season with the Sun Belt championship game and a bowl game still to come.

Napier’s name has been linked to several major coaching jobs over the past few weeks, but after the game he had little to say on the topic.

“No decision’s been made yet,” he said. “We’re certainly evaluating everything. The main thing is that our focus is on this team, this group, and the work that’s left to be done. We’ll cross that bridge when we get to it.”

The Ragin’ Cajuns figure to remain in the poll for a fifth straight week. ULL had been ranked No. 23 in the preseason but dropped out after its opening loss at Texas. 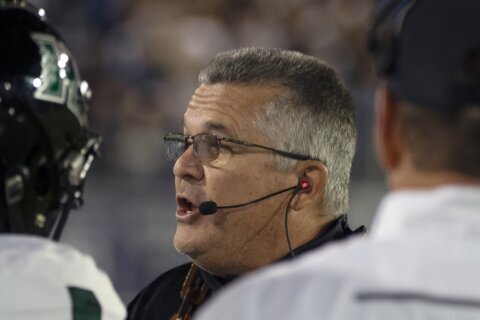 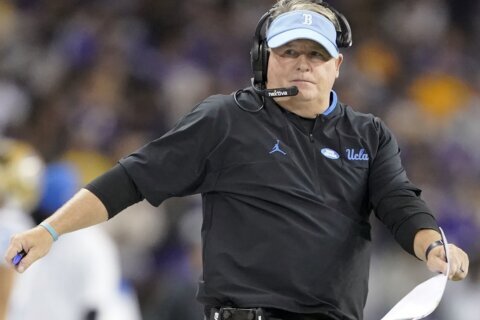 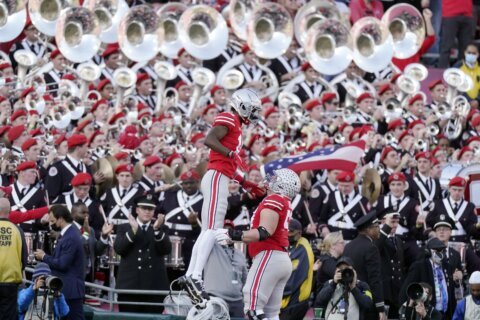