Fagnano passed 30 yards to Andre Miller following one of the interceptions to put the Black Bears (6-5, 4-4 Colonial Athletic Association) up 27-20 midway through the third quarter. Jonny Messina added his third and fourth field goals of the game for the final margin.

Tommy Herion threw for three touchdowns but was picked off on four consecutive possessions as the Wildcats (3-8, 2-6) lost their eighth straight game. Carlos Washington Jr. had 101 yards rushing and Dylan Laube added 100.

Maine’s four interceptions — two by Kahzir Brown — were the most for the Black Bears since picking off four against Weber State in 2018. 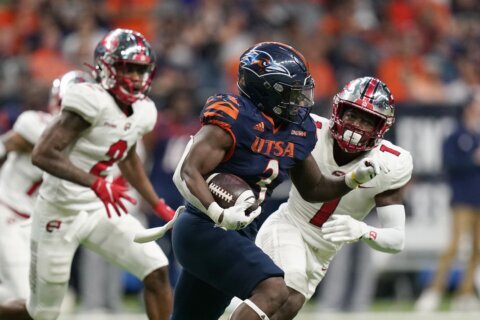