In a surprise, BC has Jurkovec back at QB

Boston College quarterback Phil Jurkovec started Friday night’s game against Virginia Tech, a surprising move that wasn’t hinted at all in the past two weeks when the Eagles shuffled QBs and searched for solid play at the position.
Listen now to WTOP News WTOP.com | Alexa | Google Home | WTOP App | 103.5 FM

BOSTON (AP) — Boston College quarterback Phil Jurkovec started Friday night’s game against Virginia Tech, a surprising move that wasn’t hinted at all in the past few weeks when the Eagles shuffled QBs and searched for solid play at the position.

Jurkovec, a junior who transferred from Notre Dame before last season and threw for over 2,500 yards in his first season at The Heights, suffered a hand injury in Week 2. It was thought that he could be out for the rest of the season.

Jurkovec completed his initial pass before getting picked off on his next. But, on an interesting twist, Virginia Tech defensive back Dorian Strong fumbled on the return and Jurkovec recovered it.

Two plays later, Jurkovec scampered in for an 8-yard TD.

In a season-opening win over Colgate, he threw for three touchdowns and 303 yards — his fifth career 300-yard game.

Last season, the 6-foot-5 Jurkovec finished with 2,558 yards passing, the most ever by a Boston College QB in his first 10 games.

BC used backup Dennis Grosel after Jurkovec got hurt before shifting to true freshman Emmett Morehead in a 21-6 loss at Syracuse.

On Tuesday, BC coach Jeff Hafley said “it could be two, but I’d like it to be one” when he spoke about which backup would play. 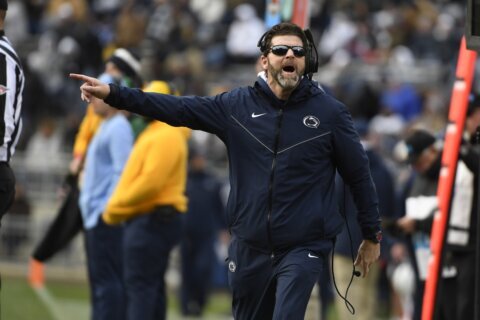 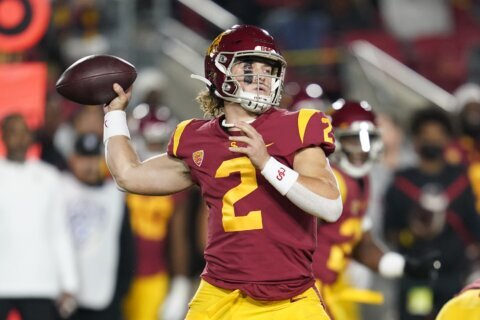 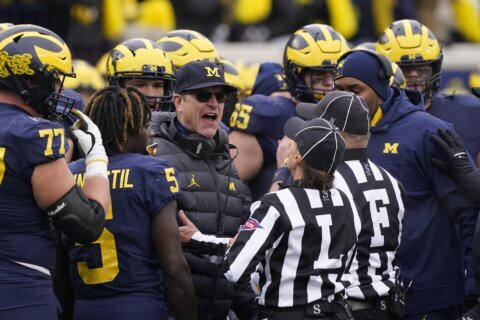