If Friday’s game against TCU is Breece Hall’s last at Jack Trice Stadium in Ames Iowa, well, it’s been quite a run.

The Iowa State junior ranks among the top running back prospects for the 2022 NFL draft and really has nothing left to prove at the college level.

“There’s a real sense of professionalism and consistency he brings to how he attacks the sport,” Campbell said. “That part has allowed our football team to really be able to use him in the most critical moments. Breece has always been ready for the moment and has done a great job of just continuing to grow his craft.”

Hall was an Associated Press first-team All-American last year after going over 100 yards in nine of 12 games, leading the nation with an average of 131 yards per game and running for 21 touchdowns.

His per-game is average is just under 112 yards per game this season, and he’s run for 17 TDs.

Iowa State, which reached the Big 12 championship game for the first time last season, has fallen short of expectations. The Cyclones were ranked No. 7 in the preseason AP Top 25 but now must win to avoid their first non-winning regular season since 2016, Campbell’s first year.

TCU will play its fourth game with Jerry Kill as its interim coach. The Horned Frogs need a win to become bowl eligible. Last year they were 6-4 and scheduled to play Arkansas in the Texas Bowl, but they had to back out of the game because they couldn’t meet the minimum for number of available players because of COVID-19, injuries and other issues.

NEXT STOP FOR KILL?

The 60-year-old Kill said he wants to continue coaching college football, and there might be a job waiting for him. Kill’s name has been linked to the head coaching job New Mexico State even though Doug Martin is still in place there.

Asked about the possibility Tuesday, Kill did not shoot down a report from FootballScoop.com that he was in line to coach the Aggies.

The 60-year-old Kill was most recently a head coach at Minnesota in 2015. He had to step away from the job during that season because of health problems.

Iowa State is coming off back-to-back road losses to Texas Tech and Oklahoma, the first time the Cyclones have lost consecutive games since 2019. They haven’t lost three in a row since 2016.

The Cyclones will honor 23 seniors in a pregame ceremony. The class was on the ground floor of one of the best turnarounds in college football.

“”We were 3-9 our first year, and this group was built on, ‘Can you help us change the culture of Iowa State football?’” Campbell said. ”Every step of the way this group has had elite courage, elite standard of excellence, and it’s never wavered.”

TCU quarterback Max Duggan will be back playing in his home state. In 2019, he was a four-star recruit out of Lewis Central High School in Council Bluffs, a two-hour drive from Ames. The Cyclones offered him a scholarship but he wasn’t interested with Brock Purdy already established as the starter.

Iowa State will be trying to go unbeaten at home against Big 12 opponents for a second straight year. The Cyclones have won 10 straight league games in Ames, the Big 12’s longest active streak. A win would give Iowa State a winning record in conference play for a fifth straight season. 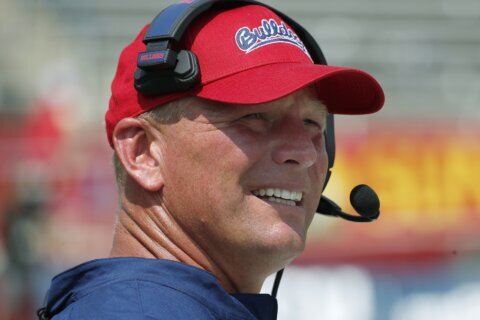 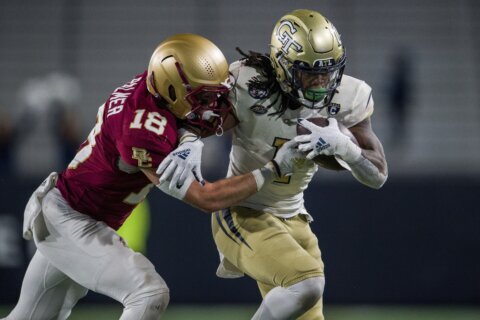