Tai Lavatai returned from a two-game injury absence to lead Navy back from a 13-point fourth-quarter deficit and a 34-30 win over UCF on Saturday for the Midshipmen's first victory this season.
Listen now to WTOP News WTOP.com | Alexa | Google Home | WTOP App | 103.5 FM
(1/23) 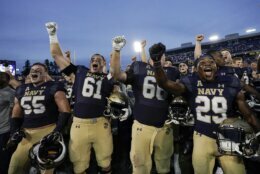 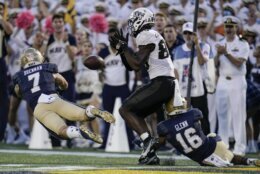 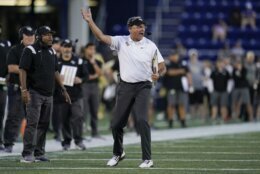 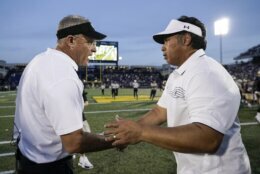 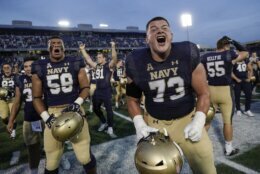 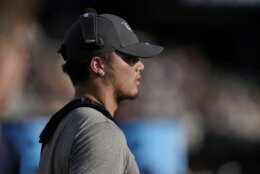 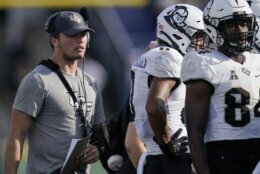 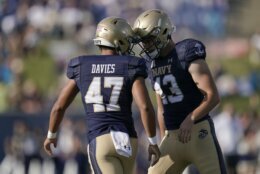 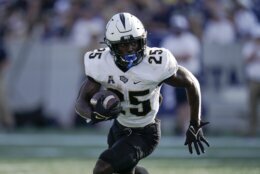 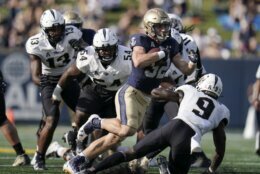 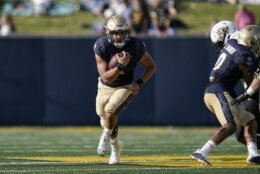 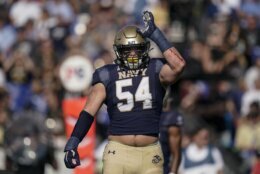 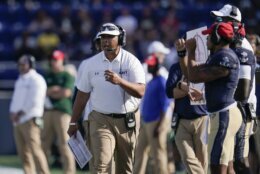 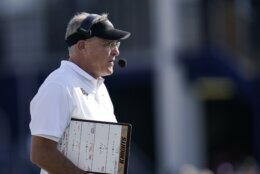 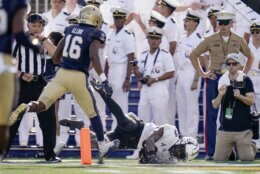 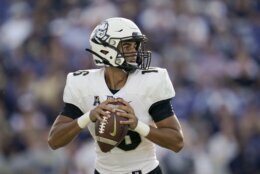 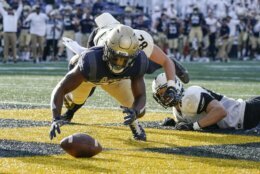 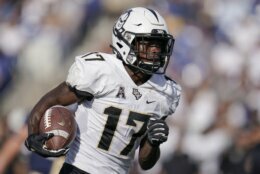 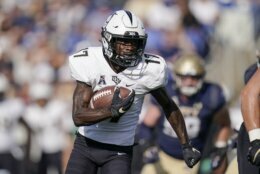 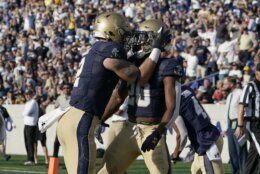 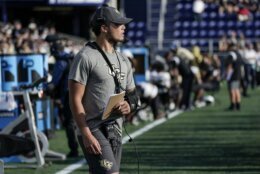 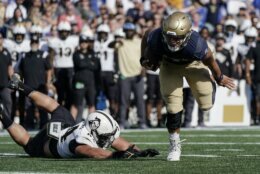 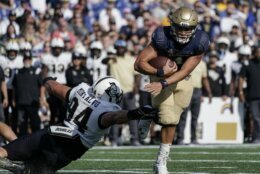 ANNAPOLIS, Md. (AP) — Tai Lavatai returned from a two-game injury absence to lead Navy back from a 13-point fourth-quarter deficit and a 34-30 win over UCF on Saturday for the Midshipmen’s first victory this season.

With Navy trailing 30-27, Diego Fabot knocked the ball out of Brandon Johnson’s hands after a 20-yard reception and Taylor Robinson recovered at the Navy 47. Eleven plays and over five minutes later, Isaac Ruoss ran in from the 4-yard line to give the Midshipmen the lead with 3:09 left.

UCF quickly went down the field down to the Navy 12, but Robinson, who dropped a would-be interception two plays earlier, came up with a pick in the end zone on fourth down with 24 seconds remaining.

The victory was the first for Navy (1-3, 1-1) in three meetings with the Knights (2-2, 0-1) since joining the American Athletic Conference in 2015, the final league team the Midshipmen were winless against.

Bijan Nichols kicked his second field goal and Lavatai, who missed the previous two games, ran for his second touchdown of the game after Navy entered the fourth quarter trailing 30-17.

Lavatai and Ruoss had 21 carries each as Navy ran for 348 yards led by 85 from Carlinos Acie.

Daniel Taylor recovered a blocked punt in the end zone for a Navy TD in the first half.

UCF freshman Mikey Keene, making his first start in place of the injured Dillon Gabriel, was 16-of-26 passing for 178 yards and two TDs to Johnson.

No. 23 Pitt eyeing lengthy stay in polls as Clemson looms