Bronco Mendenhall hopes the idea that his team practices early in the morning will help on Saturday when they face Illinois with a rare 11 a.m. start to the game.
Listen now to WTOP News WTOP.com | Alexa | Google Home | WTOP App | 103.5 FM

Virginia coach Bronco Mendenhall hopes that his team’s practices early in the morning will help on Saturday when it faces Illinois with a rare 11 a.m. start to the game.

First-year Fighting Illini coach Bret Bielema is hoping his team’s routine also aligns well with the early start, but he laments that that’s not the only similarity he finds when comparing the Cavaliers’ program with his own.

In Mendenhall’s first game at Virginia in 2016, the Cavaliers lost 37-20 to Richmond of the Football Championship Subdivision. Bielema’s team won its opener, 30-22 over Nebraska, but lost 37-30 last week to UTSA, also an FCS program. This will be its first road game of the season.

“I thought about as a coach in transition here, I had to endure that on Saturday,” Bielema said. “And as much as I didn’t like it. You don’t appreciate it. Don’t understand it. Don’t want to accept it. It’s real. It happened. And if I ignore it like it never happened, it’s never going to be something you can learn from.”

Mendenhall moved many of the Cavaliers’ operations into Scott Stadium after the Richmond loss, feeling that his team didn’t seem as comfortable as he would have expected on their home field, and Virginia no longer has that problem. It has won 18 of its last 20 home games, including last week’s 43-0 victory against William & Mary in the season opener.

Bielema isn’t sure how his team will respond, but said “the greatest crime we can ever commit was to have that loss not to amount to learning forward,” and that film study has been key to that learning process. “I think it’s just a constant as a head coach is pointing out good football and correcting bad football.”

Some other things to watch for when Illinois plays at Virginia:

The Fighting Illini may have starting quarterback Brandon Peters back, but Bielema said Artur Sitkowski, a transfer from Rutgers, will start. Peters hurt his non-throwing shoulder against the Cornhuskers. Sitkowski was 22 for 42 for 266 yards with three touchdown passes against UTSA.

The Illini used some stretch runs with success against Nebraska, and that’s an approach that North Carolina State used effectively against the Cavaliers last year. “It has been an emphasis and a target for us, so hopefully we’ve improved,” Mendenhall said.

The Cavaliers and Illinois have played twice previously, both times in bowl games, and the Illini won both. This game marks Illinois’ first road game against a nonconference Power Five team since it faced North Carolina in 2015.

James McCourt made field goals of 52 and 53 yards in the loss to UTSA, giving him six from 50 yards or more for his career. He’s the first Illini placekicker in program history to hit two field goals from at least 50 yards in the same game.

The Cavaliers gained 545 yards against the Tribe and have topped 500 yards in their last three home games. They gained 518 yards against Abilene Christian on Nov. 21 and 549 against Boston College in last year’s home finale. 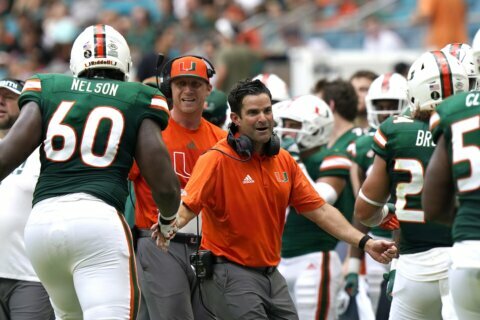 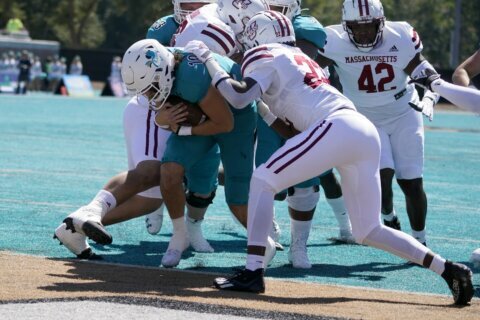