FAYETTEVILLE, Ark. (AP) — Sam Pittman has made the long run from the north end zone of Donald W. Reynolds Stadium through the traditional Arkansas ‘A’ a few times.

The second-year Razorbacks coach was an assistant coach from 2013-15 under Bret Bielema. He also grew up a Hogs fan from nearby Grove, Oklahoma.

It’s different now. The Razorbacks have their homefield advantage back, and the roar of the juiced-up crowd of 75,000 on Sept. 11 helped his Razorbacks dismantle 15th-ranked Texas on a warm night under the red glow of the stadium video board. The fans rushed the field, and the victory launched Arkansas back into the AP Top 25 for the first time since 2016.

That’s the kind of atmosphere Pittman has been trying to recreate.

“To be an elite program, our kids need to experience everything,” Pittman said in a wholehogsports.com story from his weekly radio show after the win. “They need to have the experience of a full, packed Hog Walk and a packed stadium. It’s our obligation to make sure we have a product people want to come see.”

Two years ago, most would have laughed at the thought Arkansas could be an elite program again. From 2017 to the end of the 2020 season, the Razorbacks won a combined 11 games under three different head coaches.

The Bielema era ended with a resounding thud after the 2017 season and three straight losses. But that 4-8 mark represents the high mark over the past five seasons for a once proud program that annually competed on a national level in the 1960s and ’70s under Frank Broyles.

Bielema was fired following a 48-45 loss to Missouri, and Arkansas hired Chad Morris, a successful high school coach in Texas who made a name for himself in the college ranks as an offensive coordinator at Clemson. Morris was given a six-year contract for $3.5 million per year.

Morris came in with swagger and bravado and a “left lane, hammer down” motto. The Hogs were 2-10 in his first season, and 2-8 in his second when he was fired with two games left after his Razorbacks were trounced 45-19 at home by Western Kentucky. To add insult to injury, Western Kentucky won that game behind former Razorbacks quarterback and Arkansas native Ty Storey, who did not fit into Morris’ plans and transferred.

Arkansas athletic director Hunter Yurachek, who was hired one day after Morris in 2017, fired Morris after that debacle. Now tasked with finding yet another coach while the university was still paying buyouts to the previous unsuccessful coaches, Yurachek made the unorthodox decision to hire Pittman, who had no Division I head coaching experience and had never been a coordinator.

“People have asked me, what did you see in Coach Pittman,” Yurachek said the week after Arkansas’ win against Texas. “I saw in coach Pittman what you see. He is as genuine and down to earth as they come. Sam Pittman is Sam Pittman. He’s not a cliché guy. He is who he is.”

Before Yurachek centered his focus on the folksy Pittman, several former Razorbacks who played for Pittman when he was the offensive line coach under Bielema, went to bat for their former coach in the hopes of helping him land an interview with Yurachek.

Travis Swanson, a team captain at Arkansas before being drafted, was part of that group that was advocating for Pittman. Dan Skipper and Frank Ragnow also lent their support to their former position coach.

The one thing Pittman knew the program needed when he arrived was toughness. Not only were the Razorbacks getting crushed in the rugged SEC West, they were also losing to Conference USA teams regularly.

Pittman made getting more physical in the trenches a priority, and the results are showing. Arkansas dominated Texas along the lines, especially on offense. The Razorbacks rushed for more than 300 yards.

Last weekend, the Razorbacks handled Georgia Southern at home to move to 3-0 for the first time since 2016. The Razorbacks will put that perfect mark on the line Saturday against No. 7 Texas A&M in the SEC opener at AT&T Stadium in Arlington, Texas.

Yurachek said the players have completely bought in to what Pittman is asking of them.

“He’s created a belief in our student-athletes and they believe in him,” Yurachek said. “They will run through a wall for him and that’s important when you coach. They all understand their role on that team. I can tell you we’re not the most talented team, but there’s nobody who’s going to outplay us, who’s going to play harder. We’re going have an opportunity to win a lot of games this season.”

It’s been a while since anyone has been able to say that about the Arkansas football program. 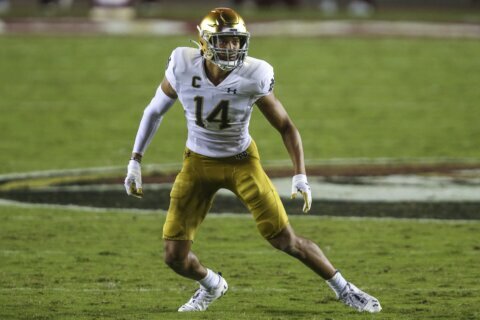 No. 12 Ole Miss readies for LSU perhaps without Corral 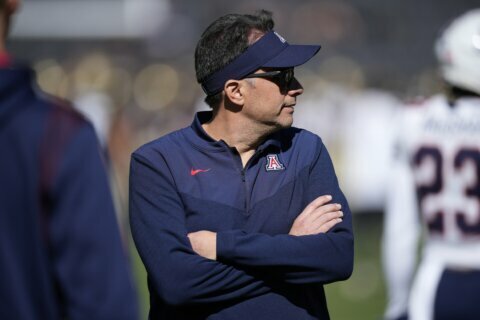