LUBBOCK, Texas (AP) — Texas Tech didn’t need to see any of the upsets from the first full week of college football to know the dangers of opening at home against an FCS opponent.

As they prepare to face Stephen F. Austin on Saturday night, the Red Raiders have their own memory of the 2020 opener against Houston Baptist to help keep them from overlooking the Lumberjacks: They had to stop a 2-point conversation attempt late in a 35-33 victory against a foe playing its first game against a Power Five opponent.

“They have our full attention,” coach Matt Wells said of Stephen F. Austin. “You really don’t have to turn much further than go look at the scores from last week around the country, and then at five or six near upsets, and they were all FCS teams. They’ll get our best shot Saturday night.”

Texas Tech players who weren’t around for Wells’ first season in 2019 will play in front of the largest crowd in their home stadium after social distancing limited the number of fans in the pandemic-altered season a year ago.

“They’ve already been talking about it,” Wells said. “It’ll be fun for those guys, especially when you consider all the transfers and the new players for the last two years, COVID took that away from them.”

The Red Raiders fell behind 14-0 last week after giving up a long drive and allowing Houston to recover an onside kick. But the Cougars were held to just 53 yards in the second half.

“It’s not an excuse, but first game of the year in a neutral site in an NFL stadium with a big group of new guys,” linebacker Colin Schooler said. “Just kind of getting those nerves calmed down, once we settled in, we did pretty good.”

Oregon transfer Tyler Shough won his debut as Texas Tech’s quarterback. The junior was 17 of 24 for 231 yards against Houston.

SFA coach Colby Carthel grew up in Friona, about 100 miles from Lubbock, and played college football in West Texas at Angelo State. Carthel coached Texas A&M-Commerce to the Division II national championship before taking over the Lumberjacks in 2018. He has a 7-13 record.

“Everybody in that town will be here, supporting him,” Wells said.

Sophomore Tahj Brooks had his first career 100-yard game with 134 yards and scored twice as the Red Raiders averaged 5.2 yards per carry against the Cougars. 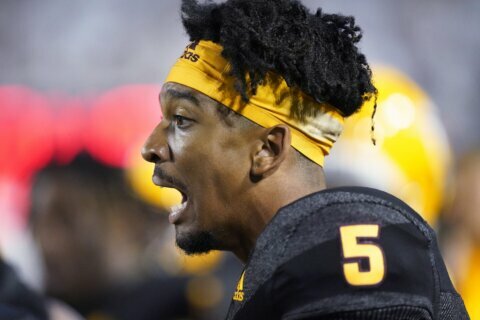 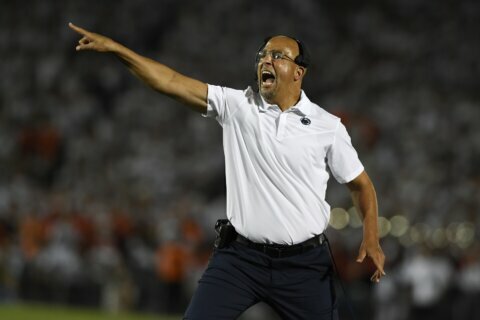 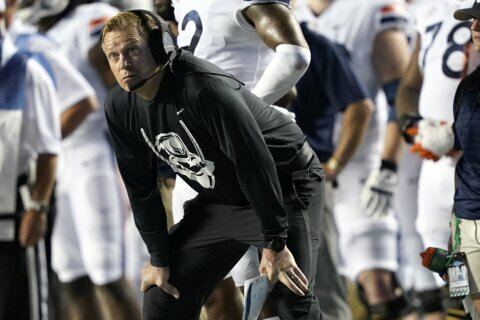