GREENVILLE, N.C. (AP) — The turnovers and penalties kept coming to put South Carolina in a 14-point hole. An aggressive defense, a stick-with-it running game and a clutch kick kept the Gamecocks from stumbling.

Damani Staley had a 63-yard interception return for a touchdown just before halftime to give the Gamecocks a needed spark after trailing 14-0 in a mistake-filled opening half. Former graduate assistant Zeb Noland also had a game-tying touchdown pass to Dakereon Joyner in the back of the end zone late in the third quarter.

It was the perfect outcome for Beamer: resilient enough for a win, with plenty of obvious deficiencies to improve.

“I just told the team in there I don’t think I’ve ever been more proud of a football team than that group right there,” Beamer said, adding: “Having said that, we’ve got to get a whole lot better.”

In the end, the Gamecocks (2-0) did enough to give themselves a shot, then rode the legs of Juju McDowell – who gained 45 yards on six carries on South Carolina’s final 10-play drive – to set up White’s winner that had the Gamecocks spilling onto the field from the sideline to celebrate.

South Carolina won despite committing three turnovers in its first five drives, including a goal-line fumble that went through the end zone in the first half.

“I told them that we played about as bad as we could in the first half,” Beamer said. “And for us to only be down (14-7), we felt like the game was in our hands. That regardless of how bad it looked the first half, we felt like we were in control of the game, if we would just go out there and execute and do our job.”

Tyler Snead hit on a 75-yard trick-play touchdown pass to Jsi Hatfield on the game’s first offensive snap for the Pirates (0-2), while Holton Ahlers also ran for a short touchdown for the 14-0 lead. But East Carolina struggled to generate consistent offense, with Ahlers completing 11 of 24 passes for just 77 yards and two interceptions.

The Pirates were hosting a Southeastern Conference team for the first time since South Carolina’s last visit here in 1997.

“The kids played their tails off,” ECU coach Mike Houston said. “I’m very proud of the way we competed, very proud of the physicality and intensity. They gave us a chance to win in the fourth quarter. I thought we had it. Just didn’t go our way.”

South Carolina: The Gamecocks had won their debut under Beamer in a shutout against Eastern Illinois, though the coach was quick to point out the importance of improving smaller details such as cutting penalties after having eight for 61 yards in that game. That didn’t get any better here with eight more for 55 yards on Saturday. The offense wasn’t great either, with Noland struggling to consistently hit targets. And yet, the Gamecocks hung in then pounced when they got their chance.

ECU: The Pirates had every chance to win this one, from the trick-play TD to the advantage of South Carolina’s turnover-filled start. But ECU’s offense did little with all those extra chances, leading just 14-0 in a game where it could’ve been up more.

“We felt like we had the game, that we should have won,” Snead said. “So nobody’s really happy in there right now.”

The Gamecocks ran for just 106 yards on 39 carries for a 2.7-yard average. But Beamer was content to stay with the run in the second half and was rewarded by McDowell, a freshman who also had a 62-yard kick return to set up White’s field goal to tie it at 17.

“I just got in the huddle, I told him, ‘Look dude, you’re made for this … just don’t fumble, and hang onto it and let’s roll,” Noland said.

Noland has started with expected starter Luke Doty working his way back from a preseason foot injury. Beamer said Doty is still dealing with soreness but he’s “fully confident that he’ll be 100% next week.”

South Carolina: The Gamecocks play their first SEC game under Beamer with a tough one, visiting No. 2 Georgia next Saturday.

ECU: The Pirates play their first road game by visiting Marshall next Saturday. 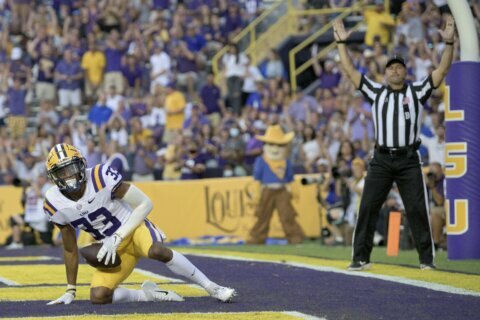 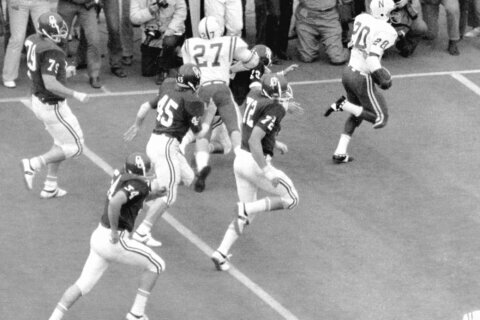 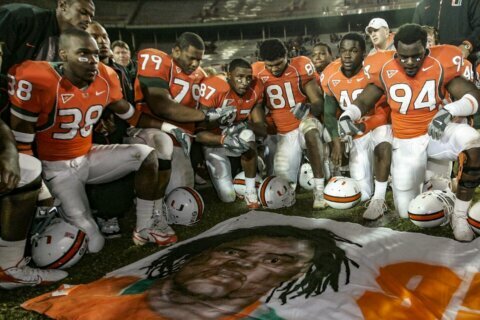