Perry dropped a pass into a sprinting Je’Quan Burton’s fingertips for a 50-yard touchdown and followed that with another third-quarter strike to John Mitchell for a 19-yard score on the left side of the end zone and a 24-6 lead. Perry added a final third-quarter TD pass of 31 yards to LaJohntay Wester, though replays appeared to show the receiver out of bounds when he made the catch. However, a review confirmed the call.

Georgia Southern (1-1) scored first with Logan Wright’s 22-yard first-quarter run. But in the final two minutes of the half Perry threw a 19-yard touchdown to John Mitchell and Aaron Shahriari kicked a field goal for a 10-7 lead.

Nick Tronti added a 3-yard touchdown run late in the game for FAU (1-1). 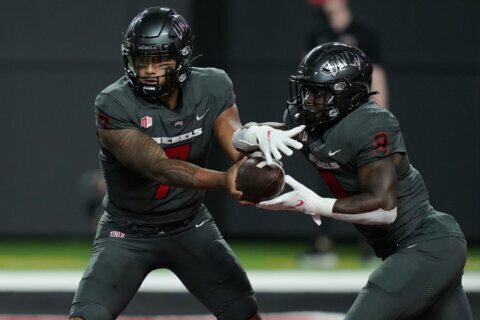