EUGENE, Ore. (AP) — Third-ranked Oregon had a fast start and a big finish against Arizona.

Anthony Brown threw for 206 yards and three touchdowns, and the Ducks handed the Wildcats their 16th straight loss with a 41-19 victory on Saturday night.

After Arizona got uncomfortably close in the third quarter, Oregon scored 17 unanswered points to put the game away in the fourth.

“The fourth quarter was a real bright spot. But the stuff in between is the stuff that we continually have to — we have to get better, bottom line,” coach Mario Cristobal said. “There’s too many inconsistencies in the middle there that we should be, and can be, better at. So we’ve got to go to work.”

Oregon extended its lead with Camden Lewis’ 43-yard field goal early in the fourth quarter, then added Brown’s 18-yard scoring pass to Spencer Webb to make it 34-19 with 8:26 left.

“I would say we had a lot of self-inflicted wounds today, and even just mental errors,” Brown said. “So just cleaning that up as the season goes on, and everything should be fine.”

Brown found Jaylon Redd with a 63-yard touchdown just more than a minute into the game. Then Oregon intercepted Arizona starter Jordan McCloud on the Wildcats’ first series.

It was clear from pre-game warmups that Plummer was nursing an injury. McCloud started and threw for 233 yards and a touchdown, but was intercepted five times.

CJ Verdell scored on an 11-yard run for the Ducks before the opening quarter was over. Brown’s 9-yard scoring pass to Terrance Ferguson gave the Ducks a 24-7 lead.

Oregon was favored by more than four touchdowns in the game, according to FanDuel Sportsbook. But Arizona had surprised the Ducks before: The Wildcats’ last victory over a ranked opponent was in 2018, when they routed No. 19 Oregon 44-15. In 2014, Arizona beat No. 2 Oregon 31-24 in Eugene.

Arizona’s losing streak is the longest currently in FBS.

Arizona: The Wildcats were without defensive end Mo Diallo and safety Jaxen Turner for the first half of the game because of targeting calls last week in a loss to NAU.

Oregon: Verone McKinley III had his fourth interception of the season early in the second half. He leads the Pac-12. He’s the first Oregon player with an interception in three straight games since the 2012 season.

The Ducks saw the return of defensive end Kayvon Thibodeaux, who hadn’t played since injured his ankle in the opener. Thibodeaux, who is considered a top pick in the NFL draft next year if he decides to go pro, came into the game midway through the first quarter. However, he did not return in the second half.

Although it appeared that Thibodeaux reaggravated the injury, coach Mario Cristobal said after the game that sitting him in the second half was about load management.

Fisch said the decision was made this week to go with McCloud, who will be the Wildcats’ starter going forward.

“He just had the poise to keep on battling. He was never afraid to throw the football,” Fisch said. “I’m sure he’s upset right now, and I hate that for him. But those things happen and we’re going to going to grow from it and get better.”

Oregon visits Stanford next Saturday. The Cardinal (2-2, 1-1) fell to the Bruins 35-24 earlier Saturday. 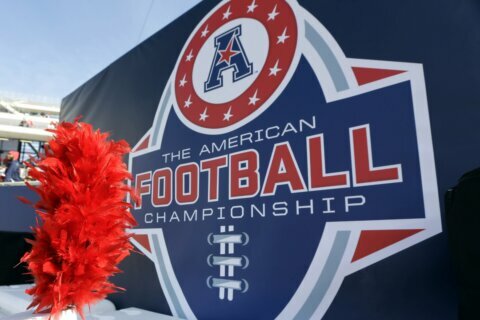 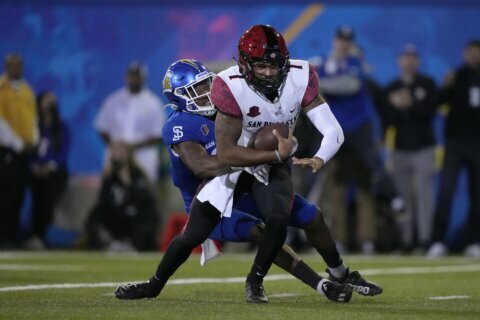 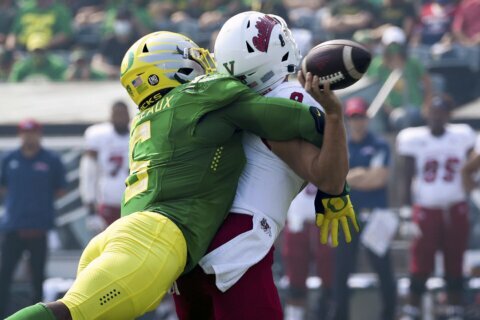 No. 10 Oregon getting healthy just in time for trip to UCLA