Coronavirus News: The nuance of dealing with COVID-19 | New cases in Montgomery Co. | 'Is It Normal Yet' Podcast: A perfect storm | Latest cases in DC region
Home » College Football » Heat rising after Washington…

It’s the result of starting a season 0-2 for the first time since 2008, a year most of those associated with Washington would rather forget.

“I understand the frustration, but it’s our jobs to now get our offense going and show results, and it needs to start this Saturday,” Lake said.

Lake isn’t facing a crisis, but certainly a tipping point that could define the early chapters of his career as a head coach. Washington is reeling after Saturday’s 31-10 drubbing by Michigan that left the Huskies winless through two games for the first time since 2008, when the program went 0-12.

And while there seems to be far too much talent for the Huskies to start down that road again, there is certainly concern as Washington prepares to host Arkansas State this week for the Huskies’ final nonconference game.

Most of the worry centers on an offense that lacks creativity and has struggled to find success, prompting questions about the job security of offensive coordinator John Donovan.

Washington has scored just two touchdowns. Even with an entire starting offensive line returning and multiple experienced running backs, the Huskies are averaging 1.9 yards per carry. The regression on the line of scrimmage has been shocking and led to troublesome situations for quarterback Dylan Morris.

“This comes back on me now. We’ve only scored 17 points in two games. So I would say it’s not very good right now, and that starts with me,” Lake said. “So we’ve got to give our guys a better play. We’ve got to be able to move the ball quicker and start faster and give our guys confidence.”

Even when he’s had a chance to throw, Morris and the passing game haven’t been able to stretch the defense. Washington has one offensive play of longer than 25 yards through two games. It came in the final minutes against Michigan on a 45-yard pass from Morris to Terrell Bynum and with Washington trailing by 21.

“We have to block the run better. We have to protect our quarterback better,” Lake said. “That’s not the only position group that needs improvement. A lot of position groups need improvement and need to play better. But having all those guys back, and we added a few guys, and with another year with our offense, we need to function better. And it starts with coaching.”

While most of the focus has been on the offensive concerns, there were defensive issues against Michigan as well. The Wolverines rushed for 343 yards and threw just five passes in the second half.

The 343 yards rushing were the most by a Washington opponent since Stanford ran for 446 yards in 2011.

“You guys have seen it over the years since I’ve been here, an offense can throw for 300 and whatever yards and we can still win the football game because we know as long as those aren’t for a whole bunch of touchdowns we’re going to be OK,” Lake said. “But any time you let an offense run the football the way we just did this last Saturday, it’s going to be a loss in our column.” 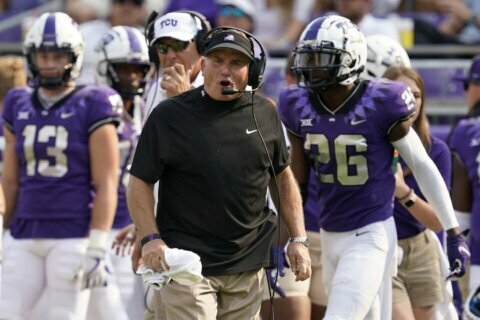 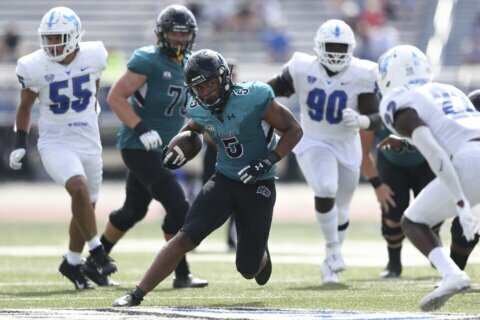 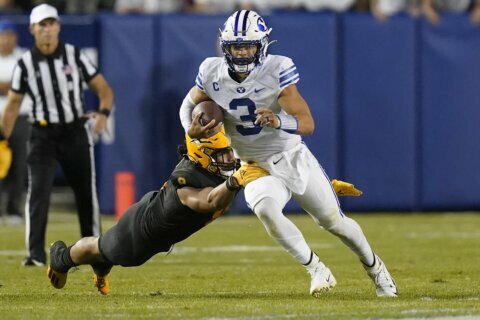