CINCINNATI (AP) — Desmond Ridder was 20 of 25 for 295 yards and four touchdowns and No. 8 Cincinnati beat Miami of Ohio 49-14 on Saturday in the opener for both teams.

Ridder threw an 81-yard touchdown pass to Tyler Scott on the second play from scrimmage. It was the longest TD toss of his career.

Ridder also ran six times for 31 yards, including a 25-yard touchdown carry. The fifth-year senior had one interception.

“Desmond was really poised,” Cincinnati coach Luke Fickell said. “He was ready. It isn’t only he has improved as a player but he’s improved as a leader. “

“They were very well-prepared,” Miami coach Chuck Martin said about Cincinnati. “They executed on both sides of the ball.”

Backup quarterback AJ Mayer started for the Redhawks. Mayer played in place of Brett Gabbert, who injured a knee in the preseason. Gabbert returned only to suffer an injury to his thumb that prevented his participation.

“When you’re less talented and you don’t execute, you’re looking at 35-0 by halftime,” Martin said.

Miami scored on its 11th possession with 3:20 left in the game on a 19-yard run by Kenny Tracy. Prior to breaking the shutout, the Redhawks had 10 possessions, six ended in punts. Four possession ended on downs, with two of them inside the Cincinnati 20. Miami head coach Chuck Martin passed up field goal opportunities.

Cincinnati scored five touchdowns in the first half. Miami got no closer than the Cincinnati 32 on six possessions.

FIT TO BE TIED

Miami: At Minnesota on Saturday. 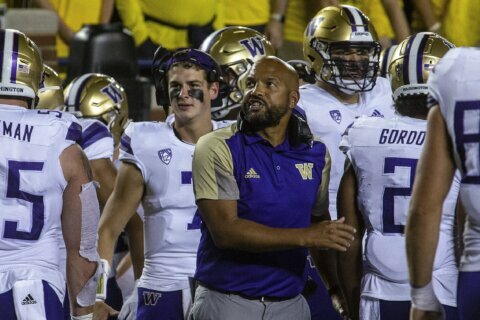 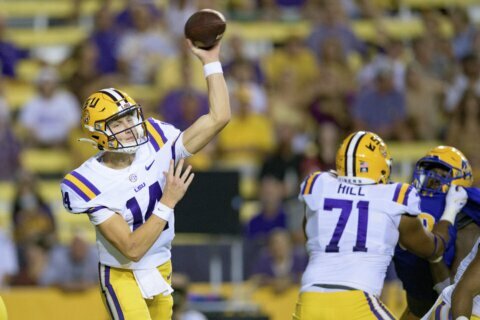 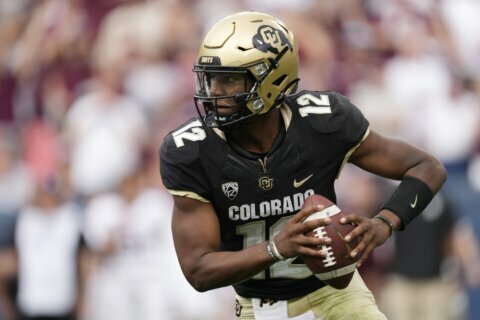