JONESBORO, Ark. (AP) — Backup quarterback Layne Hatcher threw four second-half touchdowns — three of them to Corey Rucker — turning a one-point halftime deficit into a rout as Arkansas State dominated the second half to beat FCS-member Central Arkansas 40-21 in a season opener on Saturday.

Hatcher took over from there, completing all 12 of his pass attempts for 150 yards. He found Rucker for the first time for a 34-yard score at the 2:53 mark of the third quarter. The duo connected twice in the fourth quarter from eight and 33 yards out to push the Arkansas State lead to 33-14. Hatcher capped the scoring with a 5-yard TD toss to Te’Vaila Hunt with 2:48 left to play. Rucker finished with nine catches for 138 yards. Blackman completed 16 of 26 passes for 169 yards.

Smith completed 23 of 42 passes for 296 yards with three TDs and two interceptions for the Bears. Luj Winningham had six catchers for 84 yards and two scores, while Tyler Hudson hauled in seven passes for 118 yards. Chris Richmond also had a TD catch. 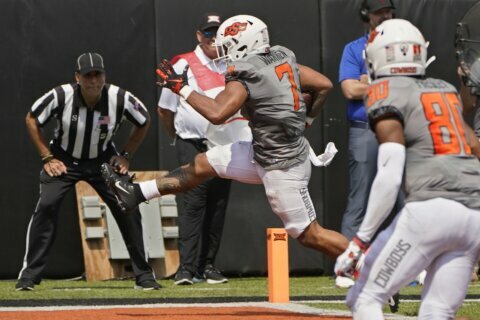 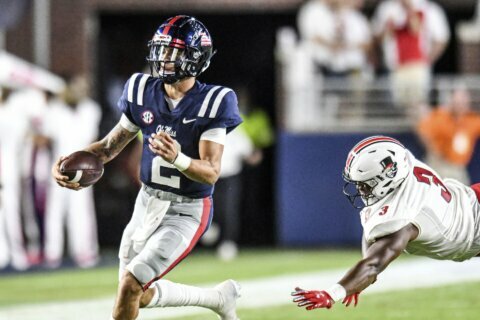 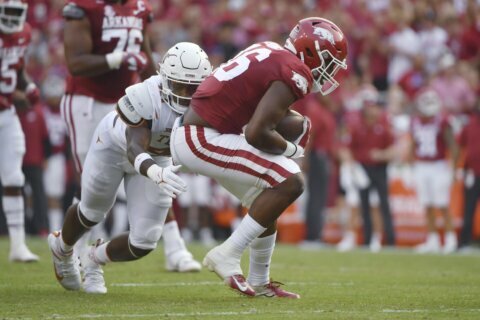