GAINESVILLE, Fla. (AP) — Steve Spurrier stashed six decades worth of memorabilia in closets and cabinets, scattered between his office, his home and his nearby beach house. Jerseys and cleats. Helmets and visors. Trophies and trinkets. Rings and pictures. Spurrier’s collection was as massive as it was impressive.

He stored another assortment of keepsakes in his head: “ball plays,” some of them as famous as his notable one-liners.

He has gathered all those treasures – even the plays he jotted down from memory – and proudly put them on display at Spurrier’s Gridiron Grille. The one-of-a-kind restaurant opened this week in Gainesville and doubles as the Head Ball Coach’s personal museum.

Spurrier and his investment team spared no expense in putting together a “polished casual” eatery that serves farm-to-table food. They visited nearly 60 celebrity restaurants across the world, stopping at places owned by Troy Aikman, John Elway, Gloria Estefan, Pelé, Mike Shanahan and Tiger Woods. They also studied what caused others to falter.

Spurrier gave The Associated Press a tour of the 18,600-square-foot restaurant that cost more than $12 million to build weeks before the grand opening, and the details and décor stood out.

Spurrier has his Heisman Trophy on display along with 14 championship rings, including Duke’s 1989 Atlantic Coast Conference title, South Carolina’s 2010 Southeastern Conference Eastern Division championship and his latest one from the Orlando Apollos (He claims the Alliance of American Football title after the league suspended operations in April 2019 with Spurrier’s Apollos atop the standings at 7-1).

The cleats he wore while kicking a 40-yard field goal to beat Auburn 30-27 in 1966 and clinch the Heisman Trophy are on display and so is the game ball from that one, both on loan from the Florida Sports Hall of Fame.

A hole-in-one display from the par-3 course at Augusta National. Congratulatory letters from Hall of Fame coaches Pat Summitt and John Wooden. Fifteen keys to cities. An array of bowl watches. Pictures with President Bill Clinton, entertainer Sammy Davis Jr. and comedian/actor Jackie Gleason. Photos of Spurrier from every decade of his coaching career, beginning before he switched from hats to his trademark visors.

Speaking of Visors — that’s the name of Spurrier’s rooftop bar where, of course, he has a collection of about 250 of them on display. He also had two specific bar stools reserved for the “HBC” and his wife, Jerri.

“It’s all me? Yeah, it’s a little weird, I guess,” Spurrier said. “But a lot of team pictures, too, which is very important.”

There are five private dining rooms, which make Spurrier’s a hot spot for meetings and parties. Current Gators football coach Dan Mullen and men’s basketball coach Mike White will broadcast their weekly shows from the restaurant. There’s also a podcast room that houses every helmet from every team Spurrier has even been associated with.

ESPN has placed a rental deposit on part of the restaurant for the weekend of the Alabama-Florida game, scheduled to be played Sept. 18.

“This is built for Gator Nation,” said Freddie Wehbe, who collaborated with Frankel Media to handle most of the heavy lifting in getting Spurrier’s from conception to completion. “How would you not? UF is the program that Coach created.”

Spurrier was Florida’s first Heisman winner and coached the Gators to their first national championship 30 years later. He has a statue outside the stadium and is a member of the program’s exclusive ring of honor.

Spurrier also nicknamed the stadium “The Swamp.” The Gators went 122-27-1 in 12 seasons under Spurrier, including a staggering 68-5 at home, and won six SEC titles.

The Gators renamed their football field after him in 2016, calling it Steve Spurrier-Florida Field at Ben Hill Griffin Stadium. He’s without question the most beloved personality in school history.

Spurrier’s daughter, Amy Moody, urged him to build a restaurant just to get all his memorabilia organized and on display. Spurrier didn’t do much else to get the place up and running other than sit in meetings and tweak ideas from countless consultants.

One thing he did provide: those plays.

Spurrier recreated dozens of his most famous and successful plays on paper and had them turned into wallpaper that now covers both upstairs bathrooms.

A few of them came from lopsided wins against hated rival Georgia, of course. Others: Terry Dean connecting with Jack Jackson in a victory against Alabama in the 1993 SEC title game; Wuerffel to Reidel Anthony on a fourth-and-12 play versus Tennessee in 1996; Doug Johnson hooking up with Jacquez Green on a curl-and-go that set up the winning score against Florida State in 1997.

Spurrier’s menu, meanwhile, has several items that are sure to elicit smiles from the Florida faithful, too. Main courses include the Ike Hillard Catch of the Day, the Tomahawk Porkchop and the Emory & Henry. Drinks include The Kick (for Spurrier’s 40-yarder against Auburn), CiTrUs 75 (for his “you can’t spell Citrus without U-T” joke) and the 52-20 Pale Ale (the score of Florida’s first national title).

For Spurrier, creating the restaurant stirred fond memories. And he hopes it will do the same for his fans. It might also fill a void since the winningest football coach in the history of two schools (Florida and South Carolina) has more time on his hands than he expected when he temporarily walked away in 2016.

“Life doesn’t always go the way you plan,” he said. “I thought when my coaching days were over, I’d get good at golf again. But guess what? I grew arthritis in the fingers. … My golf game is not near what it used to be. But you get to the play the senior tees.” 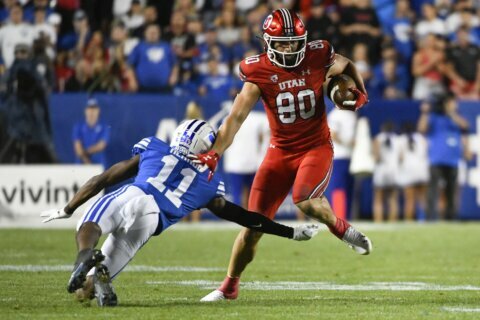 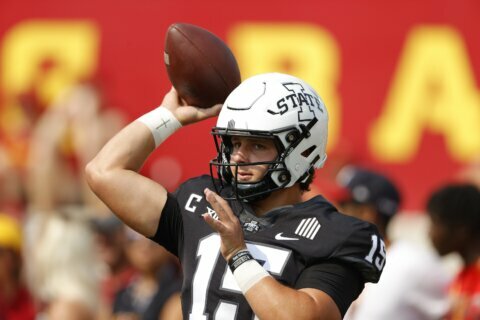 No. 14 Iowa St looks to bounce back in Vegas vs. UNLV 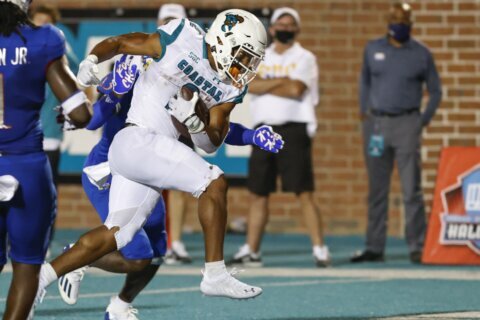