LINCOLN, Neb. (AP) — Two days after a season-opening loss at Illinois and facing mounting criticism for his 12-21 record at Nebraska, coach Scott Frost asked fans to hang in there with the Cornhuskers.

“I hope nobody lost excitement after Saturday,” Frost said. “This team has a chance to be really good. I think this team is going to prove a lot to a lot of people. If there are still some tickets out there, buy ’em up and come watch this team.

“This is a special group of kids with a lot of character, a lot of talent. We can’t wait to play in front of the fans, so we need you there.”

Nebraska did not disclose how many tickets remain for the game at 85,458-seat Memorial Stadium. Face value for the Fordham game is $70, but tickets were available for as little as $12 on the secondary market Monday.

The sellout streak began in 1962 and in the last decade has been propped up by boosters and local businesses buying unsold tickets in the days before games.

Why? Because the streak is a point of pride for the program. The Huskers won at least nine games from 1969-2001, set an NCAA record with 35 straight bowl appearances from 1969-2003 and won five national titles between 1970-97. The sellout streak is the last connection to the days Nebraska was among the college game’s elite.

The Huskers’ die-hard fans have been tested through the ups and downs of five coaching changes since Tom Osborne retired 24 years ago. They continued to show up as Frost underachieved through his first three years, but the mistake-filled 30-22 loss to Illinois ratcheted up the volume of media and fans casting doubts about whether Frost is up to the task.

The Illinois game was a repeat of many of the Huskers’ losses under Frost. Special teams were abysmal, there were roughing-the-passer and taunting penalties on the same play that kept alive an Illinois touchdown drive, and the offense floundered.

Frost acknowledged he got snookered by new Illinois coach Bret Bielema, saying he and his offensive assistants were caught off guard when the Illini defense lined up with four linemen instead of three. Bielema’s defenses at Wisconsin and Arkansas typically played with three down linemen.

“About half of our game plan was kind of out the window when they came up and lined up the way they did,” Frost said. “We really had to scramble and go to alternative plan and tried to adjust and did some good things but not enough of them.”

Frost said his staff based much of its preparation on video of Illinois’ spring game. Teams whose spring games are televised, as Illinois’ was, typically don’t want to show opponents how they’ll line up in the fall, especially when they have a new coach.

“I give them credit,” Frost said. “We watched a lot of tape on them and tried to give our best guess as to what they were going to do. They played an entire spring game in odd and came out and played an even … That had a little bit to do with it. But, hey, we’ve got to be better.”

Unless the unthinkable happens and Nebraska loses to Fordham, there’s not much that can change the Huskers’ narrative the next few weeks. They host Buffalo at home on Sept. 11 before playing at No. 2 Oklahoma.

“We’ve just got to play well,” Frost said. “In a lot of ways, we did play well. I said it after the game, but I really like this team. Our team has a chance to win a lot of games if we play well. These self-inflicted wounds can’t happen.” 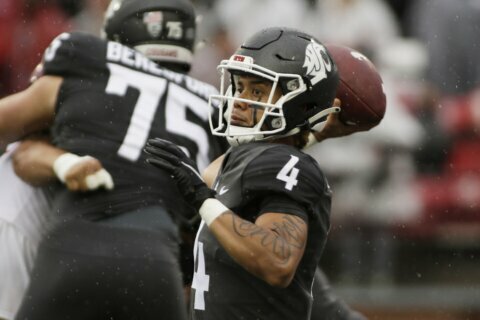 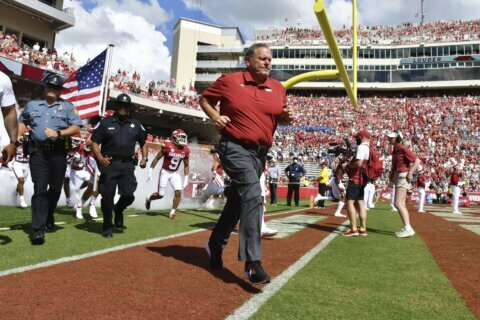