Chasing Tide: Alabama is No. 1 in preseason AP Top 25 again

Alabama is No. 1 in The Associated Press Top 25 preseason poll for fourth time in the past six seasons.
Listen now to WTOP News WTOP.com | Alexa | Google Home | WTOP App | 103.5 FM

Another college football season will start with everyone chasing the Tide.

Alabama is No. 1 in The Associated Press Top 25 preseason poll for fourth time in the past six seasons.

Coming off its sixth national championship under Nick Saban, the Crimson Tide enters the season loaded with potential replacements for the record-breakers and NFL draft picks who have moved on, including Heisman Trophy winner DeVonta Smith.

Alabama received 47 of 63 first-place votes from the panel of sports writers and broadcasters in the poll presented by Regions Bank. Oklahoma is No. 2, just ahead of No. 3 Clemson (each received six first-place votes).

Ohio State, which lost to the Tide in last season’s championship game, is No. 4 after receiving a first-place vote. Georgia received three first-place votes and rounds out the top five.

The 2020 Buckeyes were emblematic of a bizarre season played through the pandemic, suiting up for only eight games after the Big Ten didn’t kickoff until late October. The season was riddled with postponements, cancellations, and players and coaches missing games across the country because of COVID-19. There was little nonconference play and none among Power Five conference teams.

Amid all the chaos and frustration was a familiar ending: The season came to a close with Alabama on top.

“The challenge is you’ve got to rebuild with a lot of new players who will be younger, have new roles, less experience, and how do they respond to these new roles?” Saban said. “That’s why rebuilding is a tremendous challenge. That’s why it’s very difficult to repeat.”

The most powerful offense in the country lost Smith, quarterback Mac Jones and running back Najee Harris, all first-round NFL draft picks this year. The next wave of blue-chippers stepping into bigger roles includes running back Brian Robinson, receiver John Metchie and quarterback Bryce Young, a former five-star recruit from California.

Since the AP started the preseason poll in 1950, only 11 teams that started No. 1 also ended the season as No. 1. Alabama was the last do it, in 2017, the middle season of three straight in which the Crimson Tide took the preseason top spot. Alabama finished second in 2016 and ’18.

No program faces higher expectations than Alabama going into any season: The Crimson Tide is the only team in the country to start each of the last 13 seasons ranked in the top five.

And no program has been better at meeting those expectations: Along with the six national titles, the Tide has three more top-four finishes over the previous 12 years and has never ended a season ranked lower than 10th.

— Alabama is now tied with Ohio State for the second-most preseason No. 1 rankings with eight. Oklahoma has the most with 10.

— Only two teams have gone wire-to-wire as the No. 1 team in the country during a season. Southern California was the last in 2004, with Heisman Trophy winner Matt Leinart. The first was undefeated Florida State in 1999, possibly the best team of the Bobby Bowden era. Bowden died earlier this month at 91.

— No. 8 Cincinnati of the American Athletic Conference is the first team from outside the Power Five leagues to be ranked in the preseason top 10 since Louisville started ninth in 2012. That was the Cardinals’ final season as a member of the AAC before joining the Atlantic Coast Conference.

The defending AAC champion Bearcats have the best preseason ranking for a non-Power Five or BCS conference team since Boise State was No. 5 to begin 2011. The Broncos out of the Mountain West finished that season No. 8.

— No. 10 North Carolina has its best preseason ranking since being No. 7 in 1997 during coach Mack Brown’s first stint with the Tar Heels.

— No. 17 Indiana is ranked in the preseason poll for the first time since 1968. The Hoosiers finished last season at No. 12, the second-best final ranking in program history. Indiana has never started and finished a season ranked.

No. 6 Texas A&M starts with its best preseason ranking since 1995 when the Aggies were No. 3. Coach Jimbo Fisher’s team also gives the SEC three teams in the top six, joining Alabama and Georgia. 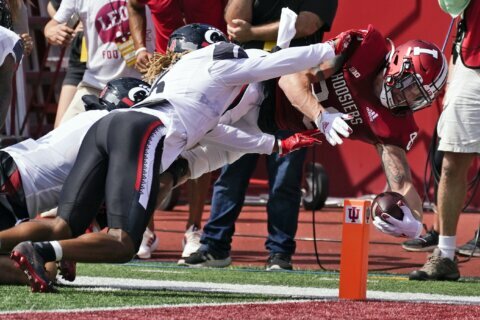 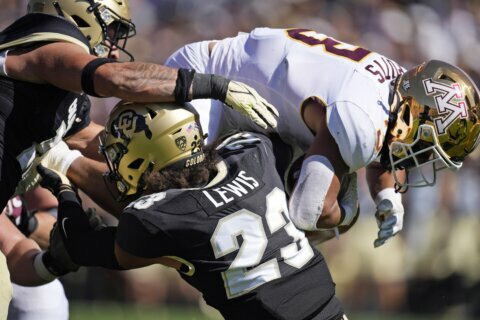 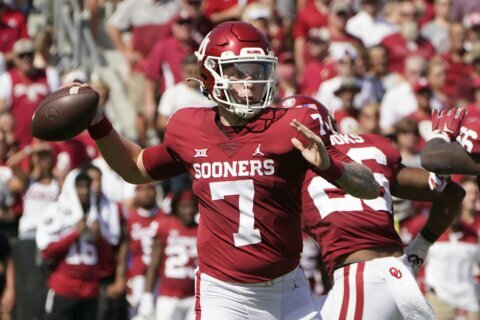