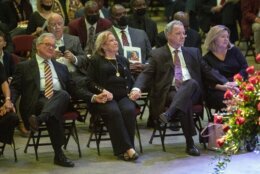 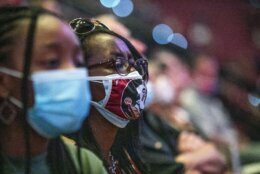 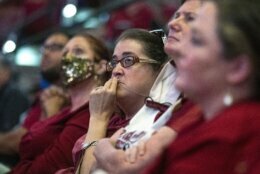 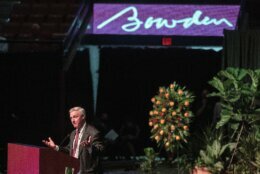 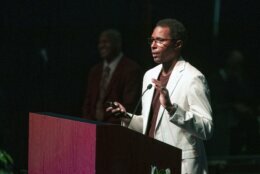 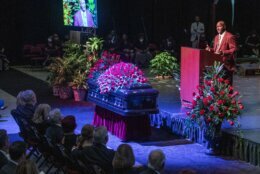 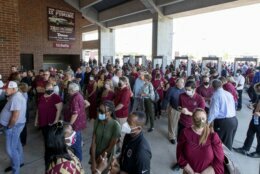 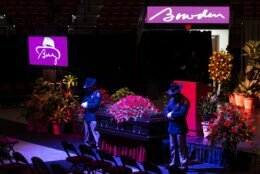 The longtime college football coach may have been known across the country for winning two national championships and 377 games, including 314 of them at Florida State from 1976 to 2009. But the eulogies delivered for him Saturday focused almost entirely on how his faith led him in life as well as how much he valued his family — and that included his thousands of players.

More than 300 players and coaches were among the crowd of about 2,500 who returned to the Donald L. Tucker Center to remember Bowden, who died last Sunday at 91 of pancreatic cancer.

“Coach Bowden saw something in me that no one else saw,” said Dunn, who played at Florida State from 1993-96. “He believed in me and that’s a powerful thing for an 18-year-old that is just trying to figure out life. Coach was the kind of man that used his faith and wisdom to shape boys into men.”

Dunn reflected on the lessons Bowden handed down when he needed to be a father figure for his younger siblings after his mother, Betty Smothers, died in Baton Rouge, Louisiana.

Dunn also said Bowden promised him a chance to play running back when every other coach wanted him to be a defensive back.

He had three 1,000-yard seasons at Florida State and went on to play in the NFL from 1997-2008. Dunn also noted that three of his players — Derrick Brooks, Anquan Boldin and himself — won the Walter Payton Man of the Year award for community service.

“He showed up for me at one of the most difficult times in my life and I’m forever grateful for that,” Dunn said. “But I wouldn’t be here today if it weren’t for coach.”

It was another one-on-one meeting in Bowden’s office that shaped Brooks’ life. It wasn’t because of how he was performing on the field as a freshman but instead in the classroom. Brooks got a C in a biology class after never receiving a C in high school. Bowden circled the transcript and challenged him.

“Little did I know coach Bowden had my mom on speakerphone,” Brooks recalled to laughter from the crowd. His mom chewed him out on the phone and threatened to come to Tallahassee. Bowden insisted he had it covered.

“From that moment there, it just made me fall in love with him because he made that commitment to my parents, sitting in our front room in Pensacola, Florida, that he would not let me do anything below my potential,” Brooks said.

Scott’s father, Brad, was an assistant coach at Florida State from 1983-93. Fisher played for Terry Bowden at Salem College and then Samford in the 1980s before joining Bowden’s staff in 2007.

“He’s one of a kind,” Fisher said. “How many times in the world can you say this about a man: Every time you talk to him, you learn something and you laughed. And you knew what he stood for with his relationship with God and where he’s at. He was the epitome of the example of what a coach should be, a mentor, a guy of leadership.”

Bowden’s players have told stories throughout the week of what he meant to them. Those stories weren’t about a win, even through there were plenty, and it wasn’t about chasing a title. It was about lessons that live on today, with many of his players college or high school coaches.

“The things I learned from him I’m instilling now,” said Ole Miss assistant coach Terrell Buckley, who played at Florida State from 1989-91 before enjoying a 14-year NFL career. “I’m implementing on and off the field: coaching styles, techniques, how do you handle certain situations. It all comes down to the leadership of coach Bowden. Great coach. Even better person.”