Coronavirus News: The nuance of dealing with COVID-19 | New cases in Montgomery Co. | 'Is It Normal Yet' Podcast: A perfect storm | Latest cases in DC region
Home » College Football » Avalos next in line…

Avalos next in line to try to continue Boise State tradition

Andy Avalos came home to be the next coach from the Boise State family tree to take over the Broncos.…
Listen now to WTOP News WTOP.com | Alexa | Google Home | WTOP App | 103.5 FM

Andy Avalos came home to be the next coach from the Boise State family tree to take over the Broncos.

The challenge he faces is different from perhaps any other Boise State coach’s since the Broncos emerged on the national stage.

When Chris Petersen took over, Boise State was ascending. Bryan Harsin replaced Petersen at a time when the Broncos were still dominant.

But Avalos arrives at a time when Boise State is no longer a singular powerhouse within its own conference, as it was at the peak of its success. The Broncos have just two conference titles in the past six seasons, which would be acceptable for many schools but seems like an underachievement in Boise.

Now they have a new voice in charge after the one-time player for the Broncos returned following Harsin’s departure for Auburn.

“We’re lucky to be doing it right here in this city, in this community and to be able to do it with this team that has been assembled,” Avalos said. “That being said, we got a ton of hard work ahead of us but we’re looking forward to doing it.”

Fortunately for Avalos, the cupboard isn’t empty for his first season. The Broncos return nine starters on offense and eight on defense. Boise State has two top options at quarterback, a stable of running backs and one of the top wide receivers in the Mountain West in Khalil Shakir.

Defense is where most of the questions surround the Broncos, along with how to replace do-everything cornerback and special teams star Avery Williams.

Hank Bachmeier and Jack Sears each appear perfectly capable of being the starter for the Broncos. Bachmeier has been the primary starter — when healthy — for his first two seasons. Sears, a transfer from USC, looked terrific in his limited opportunities last year before a concussion derailed his season.

It was expected to be an open competition for the starting job during training camp, but Bachmeier was named the starter for the opener at UCF. Sears was slowed by a lower leg injury during camp and Bachmeier took clear control of the competition.

Still, if history is an indication, the Broncos will need to turn to Sears at some point during the season. Bachmeier has played in only 13 of 21 possible games during his first two seasons.

“The positive is we feel very confident that we can win with both these guys,” Avalos said. “And they’ve both been leaders as we’ve asked them to be first, to help lead.”

Boise State already had a very good running attack with George Holani and Andrew Van Buren, but added another dimension to the group with the arrival of Oregon transfer Cyrus Habibi-Likio. Habibi-Likio was never a featured back at Oregon, but he had 21 rushing TDs in three seasons for the Ducks.

Holani rushed for 1,014 yards and seven touchdowns in 2019, but was limited to just three games and 19 rushing attempts last season. Van Buren had 382 yards and eight touchdowns last season as the primary back.

While much of the focus is on Boise State’s offensive weapons, Avalos has been a very good defensive coach both in his previous time with the Broncos and at Oregon.

Boise State returns eight starters on defense, anchored by linebacker Riley Whimpey, defensive back Kekaula Kaniho and defensive linemen Scott Matlock and Scale Igiehon. Cornerback is the one position of concern after the Broncos lost Williams and Jalen Walker.

One of the big tasks for Avalos and defensive coordinator Spencer Danielson is creating more turnovers. The Broncos had just three defensive takeaways last season.

Boise State’s schedule is far from a smooth path. The nonconference slate is highlighted by road games at UCF to open the season and at BYU in October, and a Sept. 18 home showdown with Oklahoma State — the first Big 12 team not named TCU to visit the blue turf.

The Broncos have an early, cross-division showdown with Nevada on Oct. 2 at home, and will face road challenges in November at Fresno State and San Diego State.

If Boise State can navigate all that, it could find itself in the conversation for a New Year’s Six bowl game yet again. 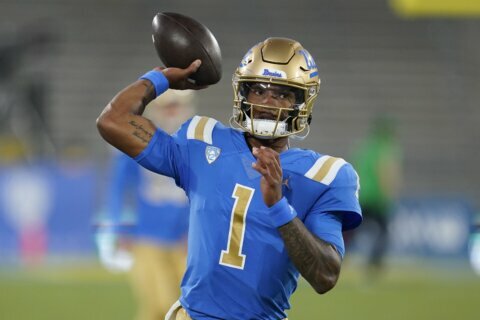 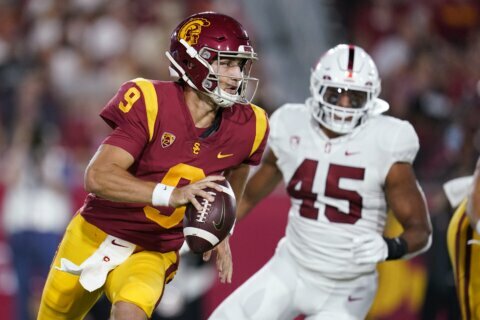 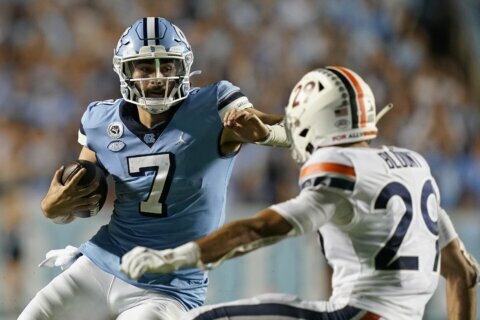