INDIANAPOLIS (AP) — As their paths crossed at Big Ten Media Days, Michigan coach Jim Harbaugh and Nebraska coach Scott Frost appeared to have one thing in common: They are at a crossroads in their careers.

Both have been humbled in recent years. Both need to win now, quite possibly, to save their jobs.

Since returning to his alma mater in 2015, Harbaugh has gone just 49-22 and failed to provide the Wolverines with their first conference title since 2004. His teams have gone 0-5 against rival Ohio State and 1-4 in bowl games.

That’s not why Harbaugh was brought back to Ann Arbor as one of the nation’s highest-paid coaches. It is, however, why he received a four-year extension this offseason for roughly half the previous deal, loaded with incentives and including a more financially friendly buyout.

Standing on a stage and staring into the bright lights of Lucas Oil Stadium, where his name is memorialized in the Indianapolis Colts Ring of Honor, the former quarterback known as “Captain Comeback” vowed to bring his program back from mediocrity.

A question pertaining to the need to beat the Buckeyes and win a Big Ten title prompted the response that he was “as enthusiastic and excited” as ever.

“That’s what we want to do,” Harbaugh said. “We’re going to do it or die trying.”

Frost is just 12-20 overall, including 9-17 in the Big Ten, as he enters a fourth season at his alma mater. The school hired former Cornhuskers star linebacker Trev Alberts to return as athletic director. Alberts is the fourth guy to have that job since 2012.

“We have a fan base that is starved and hungry,” Alberts said.

Frost doesn’t need to be reminded.

Back in the day, Nebraska was one of college football’s elite programs with five national titles from 1970 to 1997. In a 28-year span through 2001, the Cornhuskers won 22 conference titles either shared or outright, had 28 top-10 finishes and 22 seasons with 10 or more wins.

But the school hasn’t won a league title since 1999, had only one winning season since 2015 and lost five or more games in five of six seasons. This season marks the 10th anniversary of Nebraska joining the Big Ten after leaving the Big 12. The .533 win percentage in that span ranks eighth among conference teams.

That’s why Frost, like Harbaugh, is often mentioned as being on a hot seat.

“I don’t read anything,” Frost said. “Praise and blame are all the same. They’re both imposters. When things are going well, you’re going to get a lot of praise. And that’s not all true. Blame is the same thing.”

But there’s no denying humbling realities. Nebraska has seen key players, including quarterback Luke McCaffrey and running back Wan’Dale Robinson, decide to transfer. Frost had once referred to McCaffrey, the younger brother of NFL star Christian McCaffrey, as “the future” of the program. That future is now at Rice.

Neither Michigan nor Nebraska had a player on the 10-member Big Ten preseason squads announced Thursday.

“Listening to the outside noise is the absolute worst thing you can do,” said Michigan senior linebacker Josh Ross. “At the end of the day, you put that work in. You do it. You’re the only one who is going to make it better.”

Still, Ross acknowledged the reality of what it means to be a part of such a publicized program.

Harbaugh tried to sound reassuring as he spoke with reporters. When he mentioned how Cade McNamara emerged from spring practice as the No. 1 quarterback, the younger passer was referred to as a “fiery competitor.” That sounds like a coach who wants to see a lot of himself in the team leader.

Harbaugh also wanted to make it clear he hasn’t lost his fire. He referred to a summer climb with his wife, Sarah, and daughter, Addison. The trek required about 15,000 steps. And Harbaugh being Harbaugh, he couldn’t resist drawing a correlation to his job.

As the trio neared the summit, Harbaugh remembers his daughter saying, “We’ve got to apex this.”

That made him proud. And resolute. And regardless of how much he’s lost and if he’s in a precarious professional position, it reaffirmed how the intense Harbaugh intends to attack this season. 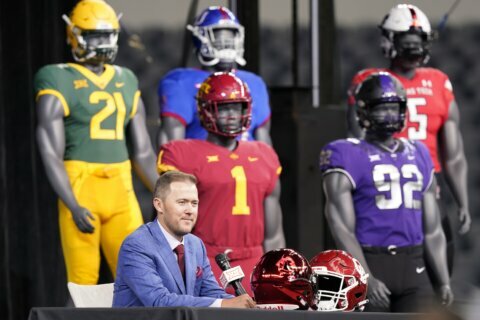 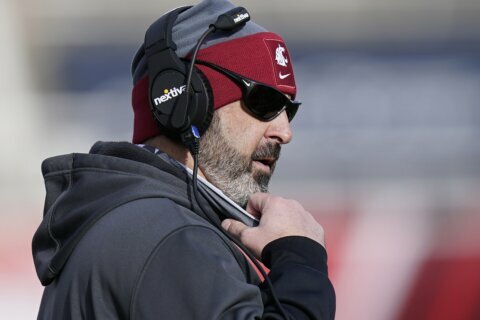