Mark McCurdy broke loose on a 61-yard run, and Sparks capped the four-play drive with a 9-yard TD run that tied it 21-21 with 2:59 remaining. Andrew Foster’s 45-yard field goal attempt for Morehead State hit the right upright with 1:33 to play.

It was the Wildcats’ second straight win over Morehead State (1-3, 1-2) since ending a seven-game losing streak to the Eagles.

McCurdy also had a 3-yard touchdown run in the second quarter and finished with 127 yards rushing on eight carries. Sparks ran the ball nine times for 40 yards.

Mark Pappas was 23 of 30 for 284 yards and threw three touchdown passes for Morehead State. Thomas Campbell-Clay had nine receptions for 150 yards and a 29-yard touchdown catch in the first quarter. Ian Holder and BJ Byrd each added a scoring catch. 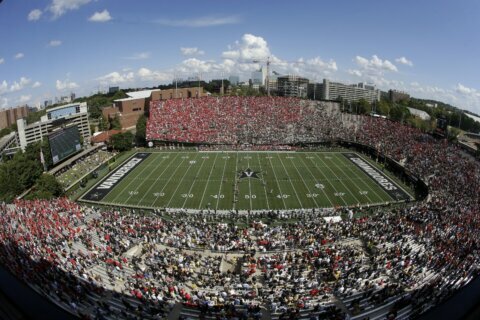