TALLAHASSEE, Fla. (AP) — Florida State’s struggles continue to mount as the Seminoles lost several players Wednesday for the rest of the season, with some sidelined by injuries and others saying it is time to move on.

Wilson was a consensus preseason All-American but did not deliver much in the way of an impactful performance beyond his three blocked kicks on special teams. The senior had 17 tackles, two tackles for loss and a sack in six games.

“I appreciate Marvin and the leader that he’s worked to be,” Norvell said. “He’s going to still be around each and every day. He’s still encouraging guys at practice. I thought his energy on the sideline on Saturday was very impressive.”

Love-Taylor made two starts at right tackle, one at right guard and then four starts at left tackle for FSU. He was injured in the second quarter of Saturday’s game, but Norvell said he would like to see Love-Taylor return in 2021.

“Devontay has been one of our leaders,” Norvell said. “His work with the younger players who’ve been around him and just the example he is, it’s been special to see. He’s going to start his rehabilitation process soon.”

Terry is the team’s leading receiver with 23 passes for 289 yards and a touchdown, despite missing two games due to midseason knee surgery. He returned last week but had just two catches for 14 yards. Norvell was short in his comments on Terry, who surpassed the 2,000-yard receiving mark in his FSU career in October.

Blackman threw for 5,445 yards, 43 touchdowns and 26 interceptions in his FSU career, completing 60.5% of his passes. He started the first two games of the season, but has been used sparingly since.

“I appreciate all the work that he’s poured into this program,” Norvell said. “He’s an incredible young man.”

Norvell said quarterback Jordan Travis, who started the last four games, will be evaluated “day by day.” He left late in the first half on Saturday with an undisclosed injury. Travis leads the team with 469 rushing yards and six rushing touchdowns, averaging 5.5 yards per carry. He had an 88-yard touchdown run in Saturday’s game, the fifth straight game he has had a rushing score. 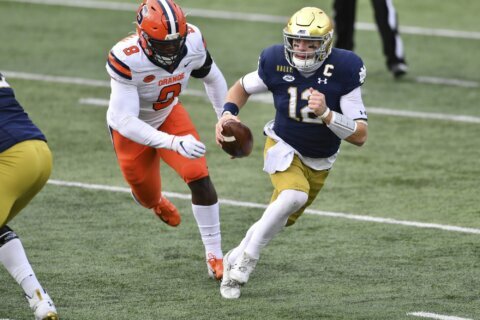 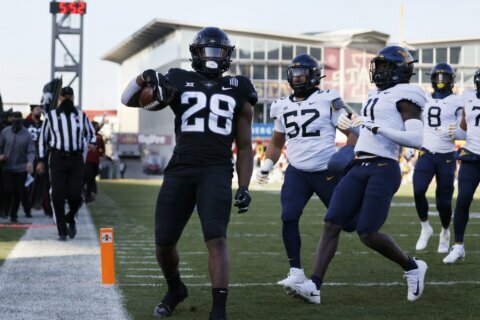