GAINESVILLE, Fla. (AP) — Justin Shorter contorted his body in the end zone, fully extended both arms as he left his feet, reached behind his head and made a contested catch so spectacular that teammate Trevon Grimes drew an unsportsmanlike conduct penalty for running on the field without a helmet to congratulate him.

Somewhere in the stadium, his mom was celebrating even more wildly.

It was Shorter’s third consecutive game with a touchdown, each one more impressive than the next, and showed the athleticism, acumen and ability that made him a consensus five-star recruit coming out of South Brunswick High School in Monmouth Junction, New Jersey.

Don’t expect Shorter to take any credit for his success. The Penn State transfer gives all the praise to his mom, Paula Shorter, who moved to Gainesville to stay close to her son and throws him a hundred passes nearly every day.

Good thing, too, since she swings by his dorm before practice to play catch and then picks him up afterward to hang out.

“I’m very, very close with my mom,” he said. “Obviously, I’m a momma’s boy. I’ve been that since I was born. … She just felt like it would be better for me to have family close. … It just makes her happy and makes me happy that she’s here supporting me.”

It might be one reason Shorter’s time in Happy Valley didn’t work out. The 6-foot-5 receiver was alone for the first time in his life while he attended Penn State for two years.

He left the Nittany Lions last November and entered the NCAA transfer portal. He landed at Florida three months later and was granted a waiver in September that gave him immediate eligibility.

His freshman year at Penn State was slowed by injuries, and his second season started with weight issues. Franklin said in spring 2019 that the 235-pound Shorter was “a cheeseburger away from 250.”

He’s listed at 225 pounds these days — and catching everything thrown his way.

“That was a very, very hard choice for me and my family to make, but Penn State, I have nothing bad to say about them,” Shorter said. said. “It was obviously unfortunate that I had to leave, but I had to make the best choice for me, and now I’m here at Florida and I’m just focused on helping our team get to the national championship.”

Although he might feel vindicated to be in Gainesville, especially considering the sixth-ranked Gators (5-1) are on the verge of playing for the Southeastern Conference championship while Penn State is winless in four games, the third-year sophomore declined to reveal his thoughts.

“I’m not really going to comment on that,” he said. “I’m just ready for us to hopefully take the next step.”

Florida plays at winless Vanderbilt (0-6) on Saturday, and Shorter will try to extend his touchdown streak to four games. He has 11 receptions for 101 yards and three scores, first finding the end zone in the flat against Missouri and then on a crossing route against Georgia.

“He has unbelievable physical talents and gifts,” offensive coordinator Brian Johnson said. “He’s got great range, a great catch radius as well. He’s done a great job of making plays. When he’s in, he takes advantage of his opportunity. That’s the beauty of our offense.”

Shorter is one of 10 Florida pass catchers with at least one touchdown this season, and his three trails only Kyle Pitts (8), Kadarius Toney (6) and Grimes (5). Each of those top four has made crazy catches for Kyle Trask, who leads the nation with 28 TD passes in six games.

“I’ll give it to my boy Shorter,” Grimes said. “He’s a phenomenal player, phenomenal catch, and that’s just a small thing of what he can do. His catch radius is crazy, so he’s a phenomenal receiver, and his catch was pretty fire.”

Give mom the credit.

“It’s just the small things like that that just really shows me that hard work can pay off and I just want to keep on doing that and keep on staying humble,” Shorter said. 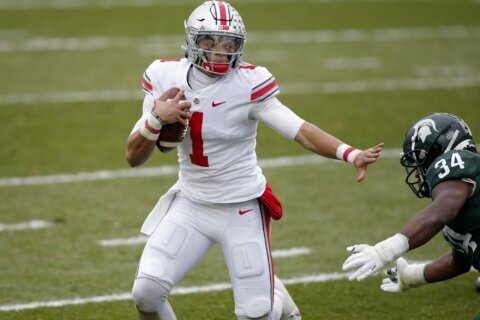 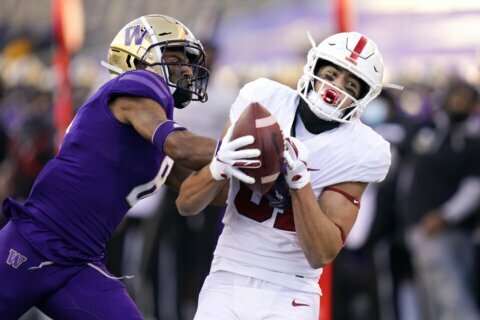