The Cowboys are coming off an overtime loss to Texas and the Wildcats are trying to rebound from a loss to West Virginia, but both are still in the Big 12 title hunt. They are tied with Iowa State in the loss column. Whoever wins will have an inside track to the conference championship while the loser faces an uphill slog to the finish.

Oklahoma State running back Chuba Hubbard against the Kansas State defense. Hubbard ran 25 times for 296 yards and a touchdown in a 26-13 victory in Stillwater last season. And while the All-American running back has yet to have a breakout game this season — the Longhorns held him to 72 yards rushing — he faces a defense in the Wildcats that allowed LD Brown to go for 102 yards rushing and a touchdown last weekend in Morgantown.

Oklahoma State: QB Spencer Sanders took the Cowboys’ loss to Texas particularly hard, despite throwing for 400 yards and four TDs, because of three big miscues: The young quarterback threw behind a wide receiver for an interception, fumbled an exchange and was strip-sacked for another turnover.

Kansas State: RB Deuce Vaughn and QB Will Howard. The freshmen are unquestionably the future for the Wildcats, but both had some growing pains last week. Vaughn carried just nine times for 22 yards and Howard threw three interceptions. Much like Sanders, both of them will need to have big bounce-back games.

The two teams have split the past eight meetings. … Oklahoma State lost to Texas despite out-gaining the Longhorns 530-287. … The Cowboys are among four Power-5 teams to rank in the top 25 in total offense and total defense, joined by Ohio State, Clemson and West Virginia. … Oklahoma State has held opponents to a combined 13 of 72 on third downs, the best in the Football Bowl Subdivision. … Cowboys WR Tylan Wallace and Hubbard have accounted for 1,186 of their 2,210 yards from scrimmage. … Vaughn and Clemson’s Travis Etienne are the only players nationally with at least 300 yards rushing and 300 yards receiving. … Kansas State is plus-six in turnovers, tied for fourth nationally. … The Wildcats have committed just 15 turnovers in 18 games since Chris Klieman became the head coach. 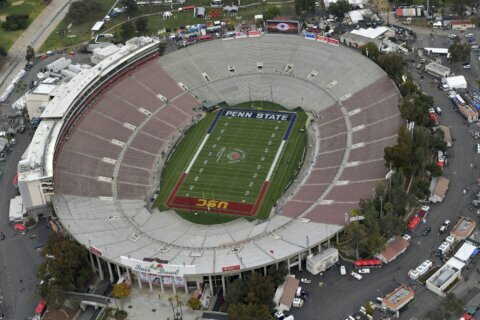 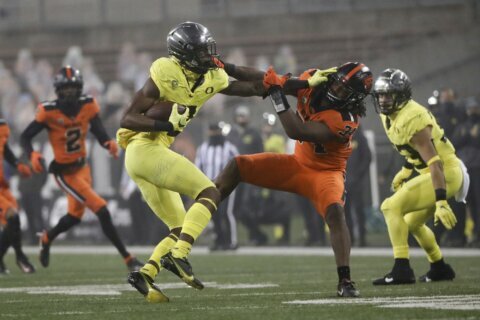 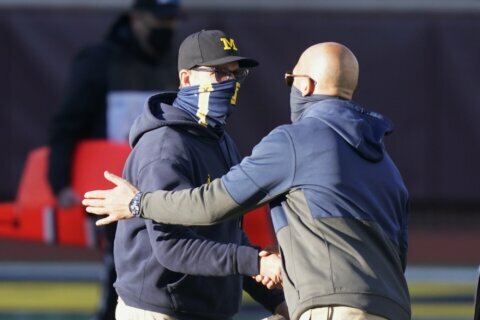