SEATTLE (AP) — Dylan Morris’ debut as the starting quarterback for Washington wasn’t flashy and didn’t produce numbers that jumped off the stat sheet.

It also wasn’t littered with mistakes, which in the big picture may be the most important element of what the redshirt freshman did in his first college game, a season-opening win over Oregon State.

“The quarterback has got to be able to limit mistakes, and also make plays and command the huddle and be a leader, and Dylan did all those things,” coach Jimmy Lake said. “It’s not perfect. It’s his first college football game, it wasn’t perfect and he’s got room for improvement, just like I do, and the rest of our team.”

Morris was 14 of 24 for 141 yards and added another 21 yards rushing, including a 1-yard TD run, in Washington’s 27-21 win over the Beavers. Morris also had a couple of throws that should have been caught for touchdowns, which would have bolstered the stat line.

Morris’ first snap also ended the long wait to find out who Washington’s starting quarterback would be. It was believed to be down to Morris and graduate transfer Kevin Thomson among four players competing for the starting job. Morris may have ended up the winner somewhat by default since Thomson was on the sideline but not in uniform for the opener. Lake declined to discuss Thomson’s status.

While Washington’s passing attack was more pedestrian than explosive in the opener, Lake believes the ability to have a potent passing game is there, possibly beginning this week facing Arizona. The final numbers against Oregon State would have looked better if not for a handful of drops on a cold, wet Saturday night.

But the emphasis from Lake and new offensive coordinator John Donovan was on balance, and it goes beyond just protecting an inexperienced quarterback. If more proof of their intent was required, Lake arrived for his media session Monday wearing a hat reading “Run The Damn Ball” on the front.

Washington rushed for 267 yards and nine different players had at least one carry. The most important carry of the game may have been Morris’ 14-yard scramble late in the fourth quarter that, coupled with a targeting penalty on Oregon State, gave Washington a key first down. 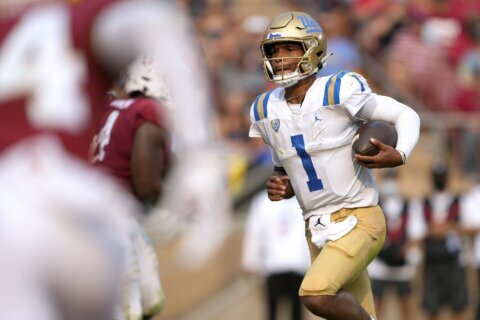 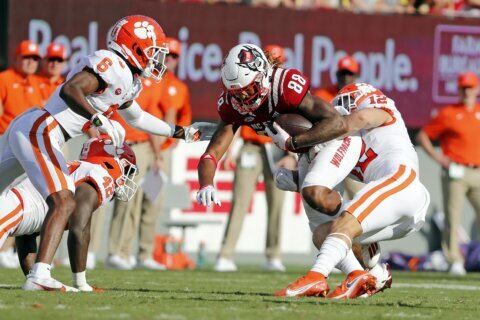