CORVALLIS, Ore. (AP) — Jayden de Laura passed for two touchdowns and ran for a score in his college debut, leading Washington State to a 38-28 victory Saturday night over Oregon State in the Pac-12 opener for both schools.

Deon McIntosh had 147 yards rushing and a touchdown as the Cougars amassed 456 total yards.

Nick Rolovich got a win in his first game as coach at Washington State, which was without running back Max Borghi. The junior — who has 28 career touchdowns, including 16 last season — reportedly hurt his back in practice.

But McIntosh played well in his Borghi’s absence, and de Laura showed poise in his first game.

“The good thing about Jayden is, he was comfortable when he got off the plane,” Rolovich said. “And this moment wasn’t too big for him. He loves football, he loves winning, he loves playing and he wants to get better.”

The Beavers rallied late behind quarterback Tristan Gebbia and cut the lead to 31-28 with 2:39 remaining on Jermar Jefferson’s 15-yard run, and Gebbia’s 2-point conversion pass to Trevon Bradford.

But Washington State recovered the on-side kick and scored on the next play — a 44-yard touchdown run by Travell Harris.

Gebbia passed for 329 yards and a touchdown, and Jefferson ran for 120 yards and three scores, but it wasn’t enough for the Beavers, who haven’t had a winning season since 2013.

The Beavers failed to move the ball on their first three possessions.

“As an offense it starts with me,” Gebbia said. “You can’t start slow like that.”

Washington State extended its lead to 28-7 on de Laura’s 28-yard touchdown pass to Harris midway through the third quarter.

Oregon State answered with Jefferson’s 1-yard touchdown run to cut the lead to 28-14.

McIntoch ran 49 yards on a third-and-10 draw play, and de Laura’s 5-yard touchdown run on the next play gave the Cougars a 21-7 advantage early in the third quarter.

“They just played a little better than us,” Oregon State coach Jonathan Smith said. “And we dug a hole that we couldn’t get out of.”

Washington State: Jayden de Laura displayed a strong arm and a dual-threat capability. He should benefit from that experience heading into next week’s home opener against Pac-12 favorite Oregon, which defeated Stanford 35-14 in its opening game Saturday.

Defensively the Beavers pressured de Laura, but only had one sack and gave up too many big plays.

Washington State hosts No. 12 Oregon on Saturday. Time to be determined.

Oregon State will be at Washington, 8 p.m. Saturday (PT). 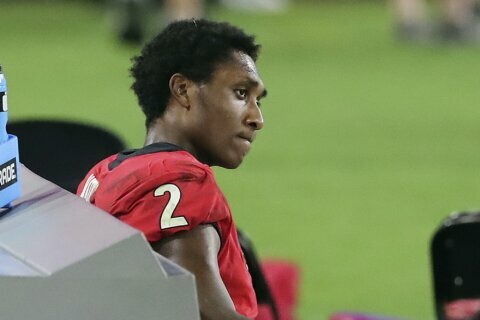 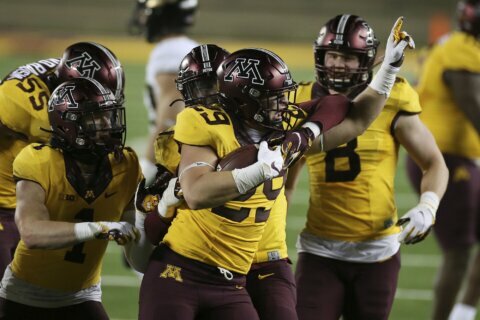 Virus forces Gophers to cancel game vs. No. 16 Northwestern