Big 12 probably already out of contention for playoff spot

The Big 12 made it to November with every team at least halfway through its reduced regular-season schedule, five-time defending…
Listen now to WTOP News WTOP.com | Alexa | Google Home | WTOP App | 103.5 FM

The Big 12 made it to November with every team at least halfway through its reduced regular-season schedule, five-time defending conference champion Oklahoma finally on a roll — and the league probably already out of playoff contention.

Even before the Pac-12 starts play this weekend and with the Big Ten only two games in after its delayed start in this pandemic-affected season.

No. 14 Oklahoma State (4-1, 3-1 Big 12) is the only Big 12 team without at least two losses, even though none has played more than six games. Every team has lost in league play, and the only three non-conference losses were all to opponents from the Sun Belt — no fun for a Power Five league.

While the Big 12 made some schedule revisions and kicked off the season in September like the SEC and ACC, the 10-team league that has had only Oklahoma make the College Football Playoff in the past has already cannibalized its chances of getting one of the four playoff spots.

“You know we debate that every year anyway. So it’s a mess with where we’re at,” Oklahoma State coach Mike Gundy said of comparing the leagues. “How it’s all going to end up, I’ve got no idea how they’ll come to that conclusion. We all signed up for the same policies to start the season. So we’ve got to kind of get in line and take what medicine they give us.”

After starting 0-2 in the Big 12 for the first time since 1998, Oklahoma (4-2, 3-2) has won its last three games. The Sooners won in four overtimes against Texas in strange scene at the State Fair of Texas, then won by 19 points over TCU and 34 points over Texas Tech while not playing a game in Norman in the month of October.

Oklahoma has to keep winning just to make the Big 12 championship game and have a chance to win its sixth conference title in a row.

The latest ESPN playoff predictor gives the Sooners only a 1% chance of being in the CFP for the fifth time in six seasons. That is only slightly below the 1.2% chance given to Oklahoma State. Two Pac-12 teams that haven’t even played a game are given at least a 15% chance.

“I just never get caught up in that,” Sooners coach Lincoln Riley said. “We’ve got a good league, a lot of strong teams in the league right now. This year is difficult to judge anybody, I think, based on all that’s going on. But maybe more difficult than in a normal year.”

Oklahoma State or Kansas State (4-2, 4-1), who play Saturday, will go from no Big 12 losses to two in that many games. They were the last teams unbeaten in conference play, until the last day of October when the Cowboys lost in overtime to No. 22 Texas and the Wildcats with their freshman quarterback fell 37-10 at West Virginia.

After an open date, Oklahoma State then faces the Bedlam game against the Sooners in Norman on the same day that Kansas State goes to No. 17 Iowa State (4-2, 4-1).

While Kansas State coach Chris Klieman isn’t sure how the leagues will be compared, he’s like Gundy and other coaches that are glad the Big 12 started playing in September in an effort to get in a 10-game regular season.

“The fact that a number of us have played six games, or five games, and some (leagues) haven’t even started. I think that’s going to bode well come just development time,” Klieman said. “Whether it’s for the rest of 2020, of what happens at the end of the season … or for the growth and development of your program for 2021, in the fact that our guys have been practicing, in essence, nonstop since the first of August without any pauses. .The development in the Big 12, I think because we are playing most of the games, will help us in the future.”

While Baylor and TCU weren’t able to play their scheduled non-conference games because of COVID-19 issues, there has been only one game altered since the Big 12 got into conference play Sept. 26.

The Big 12 pushed back Baylor’s home game Oct. 17 against Oklahoma State to Dec. 12 because of an outbreak of positive tests in the Bears program. That was a tentative date for the Big 12 title game, which will likely get moved to the following weekend.

“I think it shows we had a good plan,” Riley said. “It tells you that the players and staffs have done a pretty good job of managing this thing as best as you can to be able to continue to play games.” 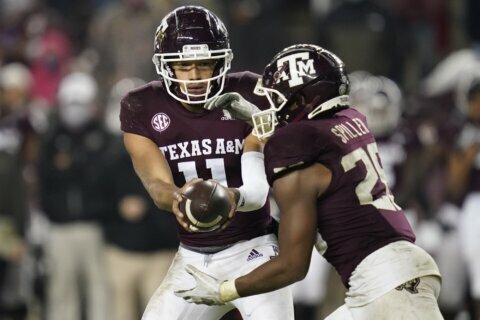 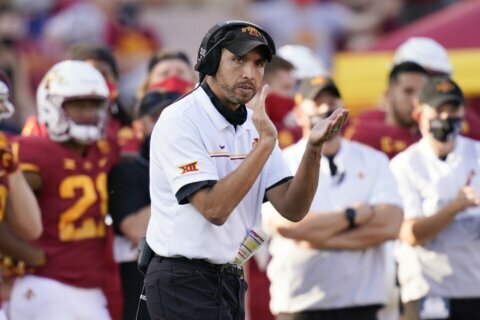 ‘Change at any moment’ – Virus upends season for Big 12 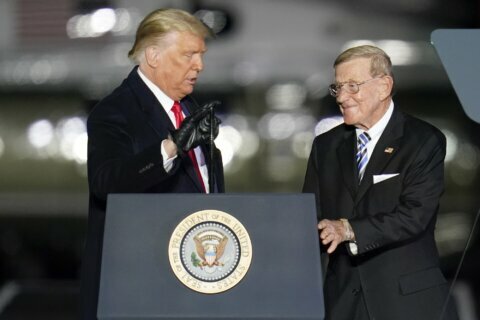 Trump honors football coach Holtz as ‘one of the greatest’