Wisconsin offensive lineman Jon Dietzen spent much of his time away from football watching games and wondering how well he could still play if injuries hadn’t caused him to give it up.

The response he got from family members sparked his decision to attempt a comeback.

“My family helped convince me I really should come back and do it,” Dietzen said. “I remember watching games and saying, ‘Oh, I bet I could still do that.’ They said, ‘Well, if you think you can, why don’t you?’”

Dietzen, who has made 32 career starts, is back with the Badgers after taking off the 2019 season. He says he’s feeling better and ready to contribute whatever he can when the 16th-ranked Badgers open their season Oct. 23 by hosting Illinois.

“He’s been an absolute blast to be around,” Wisconsin coach Paul Chryst said. “There’s obviously a maturity that he brings but also that appreciation. Something was taken away and now (he’s) getting to play.”

Dietzen made a combined 20 starts at left guard in 2016-17 and was the Badgers’ first-team left tackle in 2018, but he struggled with ankle and hip injuries for much of his career. He underwent hip surgery before the 2018 season.

“He just is an incredible warrior,” offensive tackle Cole Van Lanen said. “He’s battled through so much.”

All those injuries finally caused Dietzen to announce via social media in February 2019 that he was giving up football.

But later that summer, Dietzen noticed he was starting to feel better. He began training again that July.

“It was more a way to start gauging how my body did feel,” Dietzen said. “I noticed day-to-day things felt better, just waking up and moving around, but obviously you can account that to having not played football that day.”

When Dietzen trained for months and still felt fine, he realized that perhaps a comeback was possible.

He spent that year away from the game hanging out with his girlfriend, fishing, hunting and editing a podcast. But he also watched plenty of football, which made him realize just how much he wanted to get back on the field.

“Definitely the more football I watched, the more I missed it,” Dietzen said. “In the beginning, I kind of tried to stay away from it, but obviously you grow up playing football and playing high-level football, you’re going to end up sitting around watching football all the time.”

At that point, family members told him he ought to play again.

“There was nobody that was questioning whether it was a good decision for me,” Dietzen said. “They knew I knew how to listen to my body at this point.”

Dietzen approached Wisconsin coaches in October 2019 to say he was interested in coming back to the program at some point. His return became official just before the start of the Badgers’ pandemic-delayed preseason camp.

He brings more versatility and experience to the offensive line. Wisconsin hasn’t released a depth chart for the Illinois game yet, but Dietzen says he feels equally comfortable at tackle or guard after having played both positions in the past.

His return has delighted a team that got enough bad news this preseason with quarterback Jack Coan undergoing foot surgery and safety Reggie Pearson not getting medically cleared. Tight end Jake Ferguson said “as soon as you see him in pads, it’s awesome, and he’s got the flow going,” a reference to Dietzen’s long red hair.

Well, one thing has changed: Dietzen said the injuries that caused him to give up the game last year haven’t cropped up thus far.

“I feel pretty good, actually,” Dietzen said. “I feel better and more healthy than I have in previous years, knock on wood.” 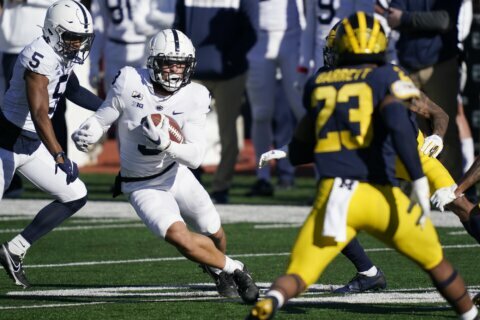 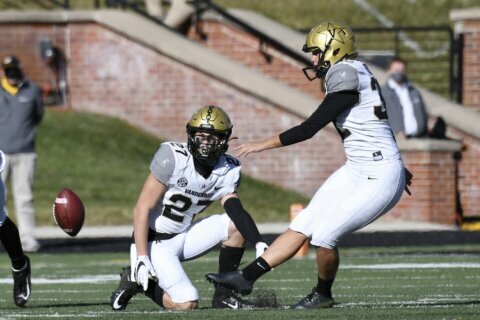