Walker, from Hopewell, filed for a waiver to compete this season after his transfer, but his initial request, and a subsequent one, were denied. Virginia appealed and coach Bronco Mendenhall has said the school has been calling “every day” for an update.

His reconsideration appeal was approved Wednesday and the school said he will travel with the Cavaliers (1-2, 1-2 Atlantic Coast Conference) for Saturday’s game at Wake Forest.

Walker has been practicing, and the team is sorely in need of depth at running back.

Walker appeared in 22 career games for Indiana over the 2018 and 2019 seasons, rushing 59 times for 221 yards and two touchdowns. He also caught 12 passes for 112 yards and one touchdown. He has two years of eligibility remaining.

COVID-19 causes Gophers to cancel game with No. 18 Wisconsin 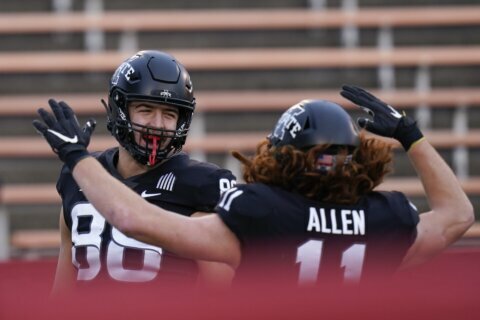 ‘Having a blast’: No. 15 Cyclones thriving in trying times