Oklahoma’s early loss put Texas in the theoretical drivers’ seat in the Big 12 as the league’s highest-ranked team. TCU could quickly spoil that with an upset victory the Horned Frogs need to keep a bad league start from getting even worse.

TCU quarterback Max Duggan vs. Texas linebacker Joseph Ossai. Duggan is a run-pass threat whose mobility dogged Texas defenders all game in last year’s Horned Frogs upset. Ossai still doesn’t have a sack in what many expected to be a breakout season. He’ll have to balance an edge pass rush with keeping Duggan from sliding outside to run.

TCU: Freshman running back Zach Evans was a five-star recruit but missed the first game because of contact tracing due to COVID-19. Coach Gary Patterson said this week Evans didn’t have COVID but missed a lot of valuable practice time. He could finally get on the field against the Longhorns.

Texas: Cornerback Josh Thompson and safety Caden Sterns lead a secondary that had three interceptions last week but had such a poor tackling effort that coach Tom Herman said the Longhorns were “embarrassed.”

Texas is averaging 61 points in two games. Quarterback Sam Ehlinger has accounted for 11 touchdowns, 10 of them passing. He threw four interceptions against TCU last year. … Since beginning Big 12 play in 2012, TCU is 6-2 against Texas, including a 3-1 record in Austin. … The Longhorns begin a stretch of three games against opponents who beat them in 2019. … Texas receiver Josh Moore has four touchdowns and averages a TD every 2.75 catches. 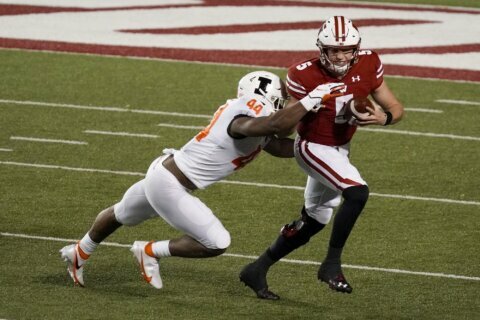 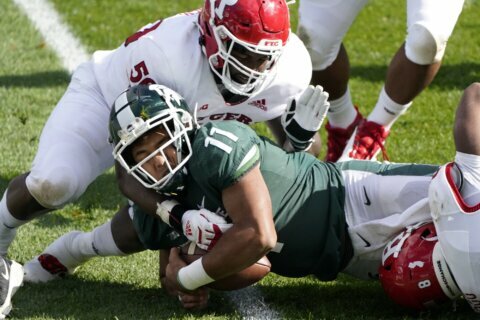