In the first game on the SMU campus with both teams in the Top 25, the Mustangs will try to improve to 6-0 for the second year in a row. They haven’t been 6-0 in consecutive seasons since 1981-82. Cincinnati plays its first road game this season, after a two-week break because of a COVID-19 postponement last week.

The AAC’s top offense against the league’s top defense. SMU senior QB Shane Buechele has thrown for 342 yards per game, with 12 touchdowns and two interceptions, while the Mustangs have piled up 563 total yards a game. Cincinnati has multiple players with multiple interceptions — three with two each — along with linebacker Jarell White’s 10.3 tackles per game. The Bearcats have allowed only 12.3 points and 307 yards per game.

Cincinnati: Senior safety James Wiggins is the second-leading tackler with 15 (11 solo, four assists). In the last game against SMU two years ago, he returned an interception 86 yards for a touchdown in overtime for a Bearcats victory.

SMU: Freshman RB Ulysses Bentley IV is second in the AAC with 101.2 rushing yards per game, and has a league-high eight rushing touchdowns.

SMU has 10 takeaways in its first five games. … Cincinnati is only the fourth top-10 team to visit Gerald J. Ford Stadium since it opened 20 years ago. The previous three won by an average margin of 36 points, the last being No. 4 Baylor in a 56-21 win in 2015. … The last two games in the series have been decided in overtime, with both teams winning on the road. … Even with big-play WR Reggie Roberson Jr. out for the season because of a left knee injury, the Mustangs had three 100-yard receivers in their overtime win at Tulane on Oct. 16. 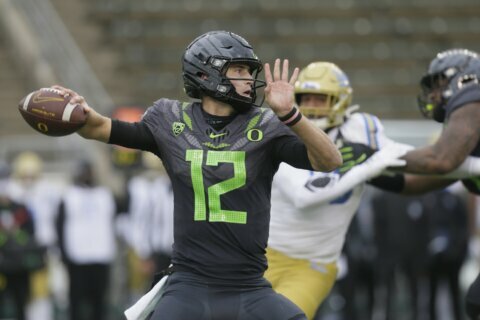 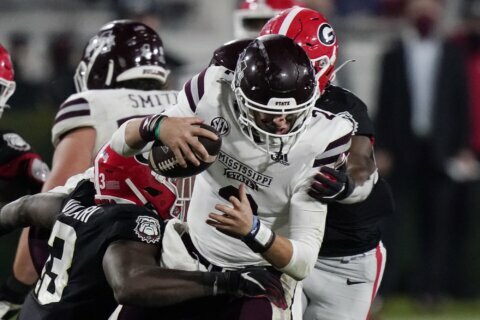