No. 18 Penn State eyeing fixes as No. 3 Ohio State looms

The Nittany Lions never thought they’d translate into so many mistakes and an overtime loss to an unranked opponent. Yet there they were, trudging off the field in stunned silence after falling to Indiana in overtime last weekend.

The goal now? Not to let those mistakes snowball against what could be the best team that No. 18 Penn State (0-1, 0-1 Big Ten) plays all season when third-ranked Ohio State (1-0, 1-0) visits Beaver Stadium on Saturday.

A loss would virtually eliminate any shot the Nittany Lions have at winning the Big Ten Conference, meaning they need to clean up the turnovers, penalties and near-misses that plagued them against the upstart Hoosiers.

Quarterback Sean Clifford was intercepted twice, and backup Will Levis fumbled in the red zone to kill first-half drives. Meanwhile, Penn State converted just 9 of 17 third downs and scored on just three of six trips inside the red zone.

Most of Penn State’s possessions were made harder by penalties. The Nittany Lions committed six offensive infractions, including two that forced them into third-and-long situations.

“We definitely shot ourselves in the foot and it starts with me,” Clifford said. “I don’t want anyone else taking this loss. This one was on me. The first half, two turnovers, completely unacceptable.”

Both passes were overthrown. Clifford rainbowed a screen pass over running back Devyn Ford’s head at midfield in the first quarter before firing another over Freiermuth’s hands from the Penn State end zone in the second. The Hoosiers used the short fields to score 10 points.

“I will play better,” Clifford said. “I know that.”

The biggest mistake came when Ford scored a touchdown rather than going down with 1:42 to play. Penn State could’ve killed the clock but instead gave Indiana the chance to get the ball back.

“Obviously, when you have a new staff and some changes, you’re still working through those things and getting comfortable,” Penn State coach James Franklin said. “Will we be better in Game 2 just getting comfortable with everybody and how (offensive coordinator) Kirk (Ciarrocca) calls the game and how we operate? Yeah, I think that’s natural.”

Relying on a pair of freshmen running backs to handle heavy offensive workloads isn’t, however.

Noah Cain was ruled out for the rest of the season on Tuesday with an undisclosed injury. Cain carried the ball three times before leaving Saturday’s game and was expected to be the team’s primary ball carrier with starter Journey Brown out.

Brown is dealing with an undisclosed medical condition and is out indefinitely, leaving Penn State with Ford and freshmen Keyvone Lee and Caziah Holmes.

“We have to create a little bit more explosive plays,” Franklin said. “That was something that we felt like Journey and Noah were going to bring to the table for us, but this is just the nature of where we’re at right now.”

While Ohio State’s offense had an explosive afternoon against Nebraska, the Buckeyes still surrendered 12 plays of 10 or more yards to the Cornhuskers.

Freiermuth has 33 catches of 15-plus yards over the last two seasons and agrees that big plays will help the offense find some confidence.

No. 20 La-Lafayette looks for first win vs Appalachian St 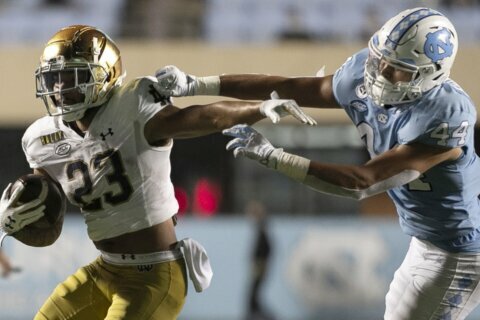 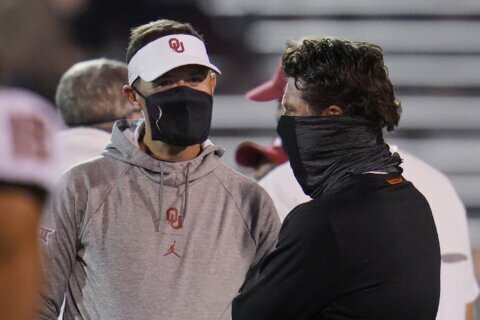