Next step arrives for Frost in his rebuild of Cornhuskers

LINCOLN, Neb. (AP) — It’s been a slow build for Scott Frost at Nebraska.

The Cornhuskers are 9-15 in his first two seasons, including just 4-8 against Big Ten West opponents and only two road wins. A trendy pick to win the West in 2019, Nebraska tied for fifth and its 5-7 record caused hopes for a quick turnaround to fade.

Fans well remember Frost, coming off an unbeaten season at Central Florida in 2017, suggesting upon his hiring that the rest of the Big Ten might have to adjust to the Huskers and his up-tempo spread offense, not the other way around.

The bravado has been stomped out. When safety Cam Taylor-Britt last spoke to reporters in the spring, he wore a hoodie with this message on the front: “Humble Over Hype.”

“We’re not trying to throw high expectations everywhere,” he said. “Nobody likes to lose, and we lost a lot. That’s that season and we’re on to the now. It’s tough to lose, but we plan to change that.”

Expectations are low again this year. The Huskers are picked fourth in the Big Ten West.

Quarterback Adrian Martinez is coming off an injury-plagued season, but it was not certain he’ll be the starter for a third year. Dedrick Mills is in line for most of the work at running back again. All five starters are back on the offensive line.

Wan’Dale Robinson was one of the Big Ten’s top offensive threats playing receiver and running back as a freshman. There are few proven receivers after Robinson, though.

A defense that ranked near the bottom of the league in yards and points allowed must replace three starters on the line, including two NFL draft picks, and the Huskers need to shore up depth at inside linebacker and cornerback.

The Huskers take some consolation in the fact nine of Frost’s 15 losses have been by seven or fewer points.

“I think it’s closer than people think,” offensive lineman Brenden Jaimes said. “It just takes time. A lot of people don’t realize that. He just needs to get the players he wants on the field, and once he does that, everything else will take off.”

Matt Lubick replaced Troy Walters as offensive coordinator and Mike Dawson, the defensive line coach in 2018 before taking an NFL job, returns to oversee outside linebackers.

Frost said this week there is no clear pecking order at quarterback with Martinez getting a strong challenge from Luke McCaffrey, who split time between receiver and quarterback last season. Frost said McCaffrey is clearly a QB now.

“Right now our offense moves exceptionally well when he’s playing quarterback,” Frost said. “He finds a way to make a lot of plays work. He’s throwing the ball really well. I don’t think anybody has any questions about his athletic ability or speed. ”

Martinez seems unfazed. “The best quarterback is going to play. Period. Luke has been pushing me and I love it. I’m here for the competition.”

Nebraska had five different kickers after Barret Pickering went out with an injury, and all are gone except Lane McCallum, who is listed as a linebacker and probably won’t kick this season.

The favorite for the job is graduate transfer Connor Culp, who started for LSU in 2017 and was the Tigers’ backup the last two years. Culp will have to beat out a junior-college transfer, a redshirt freshman and two true freshmen.

Frost said in late June that five football players had tested positive for COVID-19, but since then there have been no other updates from the coach or university.

The Big Ten did Nebraska no favors with the crossover games on the final iteration of the schedule. Three of the first four games are against teams in the Top 25 this week.

The Huskers open at No. 6 Ohio State on Oct. 24. Next up is No. 16 Wisconsin at home, at Northwestern, then No. 9 Penn State at home. Nebraska might have caught a break with a nonconference home game against No. 8 Cincinnati canceled. 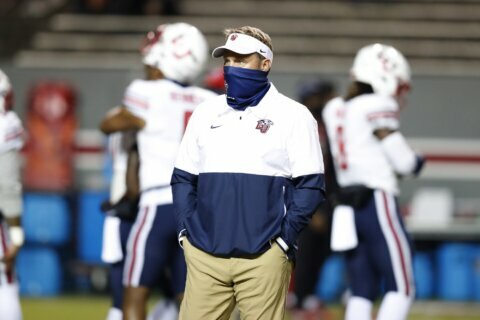 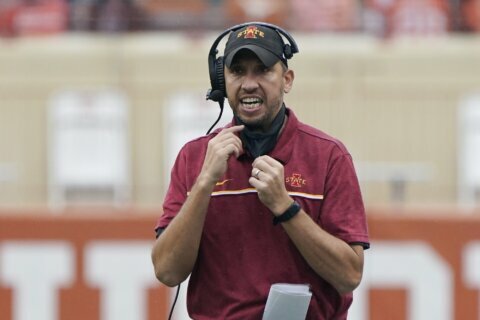 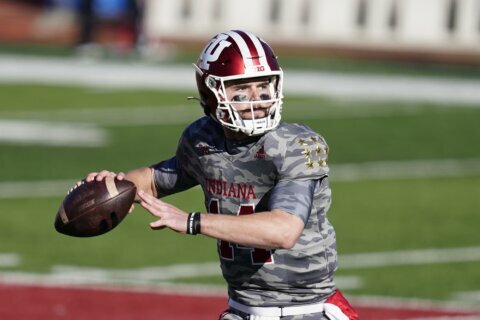