Mullen brushes aside criticism for wanting to ‘pack Swamp’

GAINESVILLE, Fla. (AP) — Florida coach Dan Mullen was given several more chances Monday to clarify any confusion regarding his comments about wanting to pack 90,000 screaming fans inside Florida Field during the coronavirus pandemic.

He declined each of them, brushing aside criticism and insisting he’s focused on defending national champion LSU.

He was asked: Did you have any discussions with your boss, athletic director Scott Stricklin, about what you said following a 41-38 loss at Texas A&M?

“No, I’ve been worried about trying to beat LSU,” Mullen said.

Then: Any regrets two days later? Did you talk with school president Kent Fuchs?

“Yeah, I’ve been preparing for LSU. But, I mean, I’ll be honest. I think if you look at what we’ve been able to do, the safety precautions we have that our players have followed, our coaches follow, our staff follows, you know, I think we’re a model of safety of what we’ve been doing during this time period.

“So I’m really proud of how we’ve handled everything and how safe we’ve been with everything we’re doing and all the precautions we’ve had in place during this time.”

Another follow-up: Do you understand how bad it could be having so many people, with or without masks, in cramped quarters for four hours?

“I think Texas A&M actually, they created a great atmosphere at the game, created an exciting atmosphere, you know?,” the coach said. “I thought they did a great job of doing that. … I haven’t talked to people because I’ve been really focused on trying to beat LSU.

“But, you know, whatever our government officials all say and what everybody does for the game, what we do need to do is however many people they allow into the stadium, we need to try to work as hard as we can — all the Gator fans and all of us — to create the best game-day atmosphere we can.”

Mullen raised eyebrows Saturday by calling for fans to pack the Swamp for Saturday’s game against the Tigers. State reopening guidelines under Gov. Ron DeSantis have allowed for full stadiums since late last month.

No college or professional team in the Sunshine State has moved beyond a small percentage of fans in attendance. The Gators had 2,000 of a nearly 17,000 allotment unsold for their home opener against South Carolina two weeks ago.

“I know our governor passed that rule so certainly, hopefully, the UF administration decides to let us pack the Swamp against LSU — 100% — because that crowd was certainly a factor in the game,” Mullen said after the Aggies upset his defenseless Gators.

Mullen was given an opportunity to back down a few minutes later. Instead, he stood by his comments.

“Absolutely want to see 90,000 in The Swamp,” he said. “I don’t think the section behind our bench, I didn’t see an empty seat. It was packed. The student section, there must have been 50,000 behind our bench going crazy. Hopefully that creates a home-field advantage for us next week because now we passed a law in our state that we can do that. We want our students out there cheering us on to give us that home-field advantage.”

Stricklin quickly squashed any thoughts about Florida opening up its campus and increasing capacity.

Fuchs took it a step further Sunday, saying on Twitter that Florida “remains fully and firmly committed to following CDC guidelines for every part of our campus from classrooms to athletic venues as well as the guidance of our own experts and local and state health officials.”

University of Florida students are currently holding all classes online. Campus guidelines mandate physical distancing and wearing a mask or cloth face covering, restrictions that limit how many occupants can be in buildings. But Mullen apparently believes crowded bleachers would be OK.

“These preventative measures remain the most effective ways to slow the spread of COVID-19,” Fuchs said. “It is important that all members of the UF community and our campus visitors follow this guidance.” 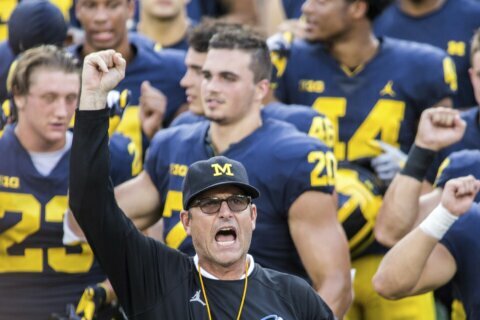 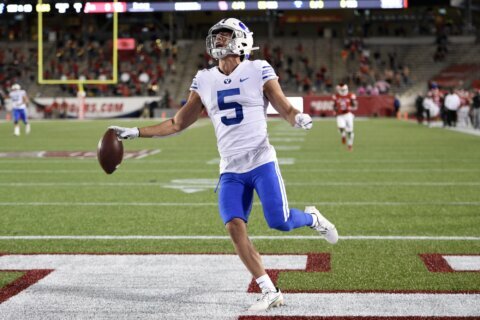 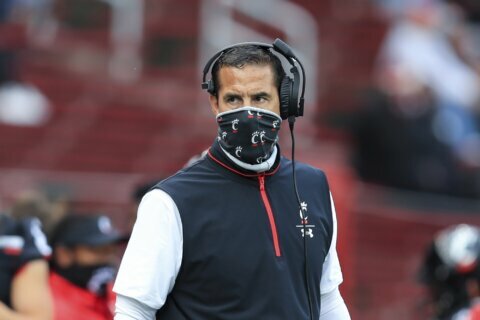