Right tackle Cade Mays and No. 14 Tennessee are about to add another juicy chapter to a Southeastern Conference football soap opera.

The Knoxville native will start for the Volunteers (2-0) on Saturday against third-ranked Georgia after making his last start for the Bulldogs on New Year’s Day to kick off this year. He left Georgia so he could return home to play with his younger brother for the program his father once was a team captain.

Georgia coach Kirby Smart said Monday he didn’t have a sense that Mays was unhappy during the two seasons he spent with the Bulldogs.

Mays announced his decision to transfer to Tennessee in January, after his parents, Kevin and Melinda Mays, sued the University of Georgia in December for an incident two years ago where the lineman’s father lost part of his little finger after it was caught in a chair at a recruits’ dinner at Sanford Stadium.

An attorney who helped Mays win a waiver appeal from the NCAA to play immediately told the Knoxville newspaper in August it was a “toxic environment” at Georgia.

“I know coaches in the SEC will do anything they can to get their guys eligible,” Smart said Monday when asked about that comment. ” That’s their decision.”

Tennessee coach Jeremy Pruitt said he had no idea what Mays and his attorney referred to when asked about how the lineman described what he was dealing with at Georgia.

“I was not involved in those conversations,” Pruitt said.

What the 6-foot-6, 320-pound Mays thinks about the Tennessee-Georgia rivalry and his part is not known. Tennessee has not made Mays available this fall, and Mays only made his season debut with the Vols last weekend in a win over Missouri.

Pruitt said he knows Mays is really happy he gets to play.

“He went against most of these guys every single day,” Pruitt said of Mays’ former teammates at Georgia. “When you’re a competitor on both sides of the ball, it won’t be no different for the kids from Georgia. They’re used to going against Cade; Cade’s used to going against them. So, they’ll be real familiar with each other.”

Originally, Mays was headed to Tennessee all along.

He committed in July 2015 only to decommit Nov. 7, 2017, five days before the Vols fired coach Butch Jones setting off a search that cost then-athletic director John Currie his job before replacement Phillip Fulmer hired Pruitt. Mays signed with Georgia, which reached the national championship game that season.

Mays started 18 of 25 games at Georgia. He announced his decision to transfer eight days after the Sugar Bowl to play with Cooper Mays, now a freshman and fellow offensive lineman.

First, the NCAA approved his waiver. The SEC followed Sept. 30.

The Vols have Mays at right tackle right now as Pruitt and his coaches look for the best fit after COVID-19 tests and quarantines affected practices this fall.

Tennessee center Brandon Kennedy knows the challenge of transferring inside the SEC after leaving Alabama as a graduate transfer. Kennedy said they watched film together, plus Mays was helped by having been in a similar offense.

“Things weren’t too different,” Kennedy said. “I was here for him with anything he needed. With him coming from an SEC school to another, he knew what it was like.”

From the Bulldogs’ perspective, scouting Mays this week will be much easier having faced him in practice the past two years.

Georgia offensive lineman Ben Cleveland said understands Mays was doing what was best for himself and his family. And it won’t be the first time Cleveland has played against a former teammate.

“There’s no hard feelings or anything,” Cleveland said. “At the end of the day, it’s just a game.” 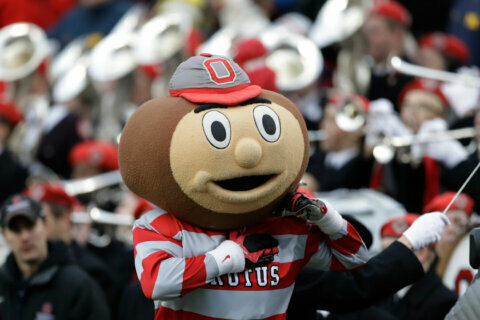 Presto Picks: Big Ten is back — and so is Maryland