MONTGOMERY, Ala. (AP) — U.S. Sen. Doug Jones of Alabama on Wednesday criticized Republican challenger Tommy Tuberville’s financial record after reports emerged that the former college football coach’s nonprofit only gave a fraction of its money to charity while it spent tens of thousands of dollars to stage annual golf tournaments.

The Associated Press and The New York Times reported this week that the Tommy Tuberville Foundation, an organization he formed to support veterans, spent one-third or less of its money on charitable activities.

Jones, who is widely considered the Senate’s most endangered Democrat, said his analysis indicated that only about 18% of the foundation’s money went to veterans while the foundation hosted an annual golf tournament and owned a truck.

“Tommy Tuberville and his buddies can go play golf together and he charges money for it and they have a nice time, they spend a lot of money for the golf tournament,” Jones said.

The American Democracy Legal Fund sent a letter Tuesday to the Internal Revenue Service asking for an investigation into the charity’s 990 tax forms.

Tuberville’s campaign has defended the work of the foundation.

“The national news media is manufacturing fake narratives and working hand-in-glove with the Doug Jones campaign to try to salvage his failing candidacy and divert attention away from his pro-abortion, anti-gun, and open border Senate voting record,” Paul Shashy, Tuberville’s campaign manager said in a statement.

Jones is fighting to defend the Alabama Senate seat he won in a special election three years ago. Republicans have made recapturing the seat a priority in 2020. Tuberville, the former head football coach at Auburn University, is endorsed by President Donald Trump.

Tuberville this week criticized Jones’ response to Trump’s Supreme Court nominee Amy Coney Barrett. Jones has said he believes that filling the Supreme Court vacancy should wait until after the presidential election is decided.

Jones said he was “flattered” by a Politico piece speculating that he could be Joe Biden’s attorney general if Biden defeats Trump in November. Jones and Biden are longtime friends and Biden spoke at the Jones’ campaign kickoff in 2017.

Jones said he has not had a conversation with Biden about the possibility, but sidestepped the question on whether he would be interested in such an appointment.

“Joe would much rather have my voice in the United States Senate right now,” Jones said. 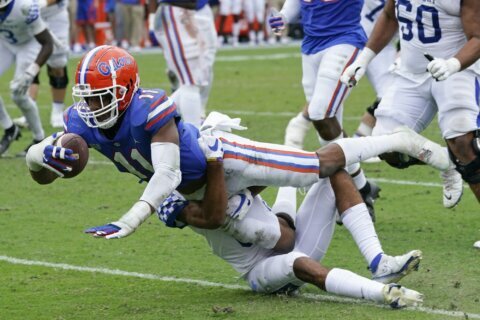 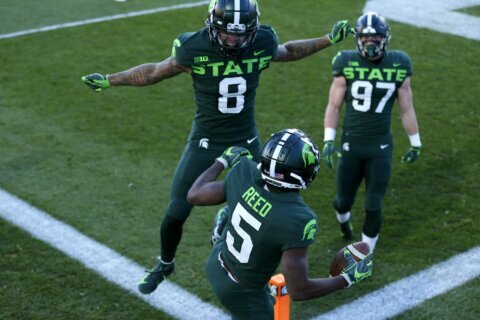 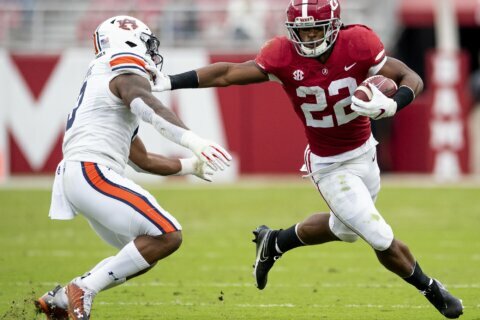