BC hoping QB Jurkovec next in lineup of prolific passers

BOSTON (AP) — Jeff Hafley’s phone has been buzzing with A-listers since he was hired by Boston College.

Former NFL quarterbacks and BC products like Matt Ryan, Doug Flutie and Matt Hasselbeck have reached out to offer their support in Hafley’s first head coaching job. The big topic: Phil Jurkovec, the most prolific passer at the school since 2007, when Ryan led the Eagles to a No. 2 ranking and their first appearance in the Atlantic Coast Conference title game.

“When Doug Flutie shows up on my phone, I feel like I’m a kid again and it’s the coolest thing in the entire world,” said Hafley, who was 5 years old in 1984 when the Eagles beat Miami on the “Hail Mary” that clinched the Heisman Trophy for Flutie.

“It’s been really, really supportive,” Hafley told reporters this week as he prepared for Saturday’s game against Georgia Tech. “Just the fact that they’re following and reaching out. What I’m hoping is that when COVID goes away and the world gets better, these guys come around.”

A transfer from Notre Dame, Jurkovec has thrown for 1,526 yards already — the most ever for a BC quarterback in his first five games. He’s also the first Eagle to throw for 300-plus yards four times in a season since Ryan did it nine times in 2007. (Flutie had six in ’84, and Glenn Foley had six in ’93.)

Jurkovec said he’s also heard from some of his predecessors at BC (3-2, 2-2 Atlantic Coast Conference).

“That means the world to me. They played here; they did great things here,” he said. “We’re going to lean on them.”

Following a win over Louisville two weeks ago, Georgia Tech (2-3, 2-2) coach Geoff Collins said his team “has a chance to be really good in the present. I don’t think we have to talk in future tense.”

“We had a bad day on Saturday,” Collins said. “That does not change where this program is headed. I’m just really proud of these guys and the way they handled it in a bad situation and know that we’ve got another chance on Saturday against another good team to show what we can be and what we can do.”

Hafley said the Eagles won’t be misled by the blowout against the top team in the country.

“Clemson’s certainly a great football team. I don’t think that score is totally indicative of the two teams,” he said. “There’s so much more to it than that.

BC hasn’t beaten Georgia Tech since ’07, when Ryan threw for 435 yards in a matchup of ranked teams. The teams haven’t played since opening the 2016 season in Dublin, Ireland, which Georgia Tech won 17-14.

GIVE IT TO GIBBS

Georgia Tech freshman Jahmyr Gibbs ranks ninth in the ACC with 74.8 yards rushing per game. Against Clemson, Gibbs was a rare bright spot. He had 15 carries for 67 yards, averaging 4.5 yards per carry. He also had three catches for 23 yards.

Offensive coordinator Dave Patenaude said he would like to have seen more touches for Gibbs.

“He has run by everybody that we’ve played. He ran by them on Saturday,” Patenaude said. “I also think you’ve also got to find ways to get him the ball (through the air). He’s just too dynamic, he’s too athletic…. I think he is an elite, athletic, explosive guy and we have to find ways to get the ball in his hands.” 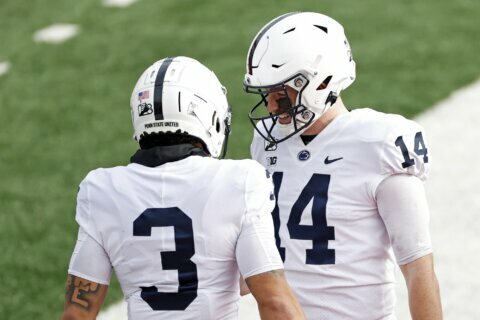 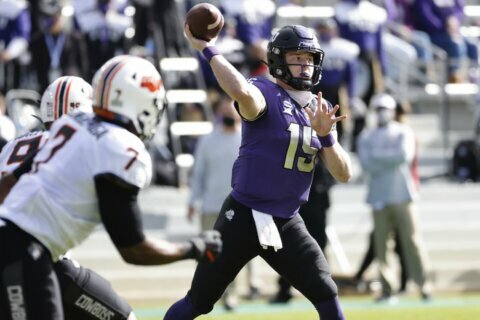