The Latest: No fans for junior hockey worlds in Edmonton

The Latest on the effects of the coronavirus outbreak on sports around the world: ___ The 2021 world junior hockey…
Listen now to WTOP News WTOP.com | Alexa | Google Home | WTOP App | 103.5 FM

The 2021 world junior hockey championship will be played at Rogers Place in Edmonton, Alberta, with no fans because of the pandemic.

Organizers now say the event will return to those two cities — with the hope of having fans — in 2022.

The Tennessee Titans won’t have fans at their home opener Sunday against Jacksonville. That will change in October and increase with each of their next three home games.

That’s part of a plan to reach a fixed capacity of 21% for the Titans’ final four home games in November and December.

Burke Nihil, Titans president and CEO, said they are thrilled to welcome fans back to Nissan Stadium and thanked Cooper and the local health department. Nihil says they feel confident in the team’s plan to keep everyone safe and comfortable.

That plan includes socially distant seating pods of groups up to six, mobile ticketing and parking, mandatory face coverings except when eating and drinking. No tailgating or pre-game activities will be allowed outside the stadium.

The Titans will have a handful of fans Sunday. A sweepstakes winner and guest along with two season-ticket members with two passes each and another pair of passes for a frontline worker.

Saturday’s game between No. 12 North Carolina and Charlotte has been canceled after the 49ers announced contact tracing had depleted the offensive line.

Charlotte announced the decision Thursday, two days before the Conference USA program was to visit Chapel Hill for the first meeting between the schools.

The school said in a statement there had been three positive coronavirus cases among football players discovered through regular testing during the past two weeks. The school didn’t specify how many offensive linemen were affected by contract tracing, saying only it was “several.”

“We’re extremely disappointed to have to cancel our game at North Carolina,” athletic director Mike Hill said. “While I know our team is heartbroken, due to the number of players in quarantine, we could not safely play. We very much appreciate the University of North Carolina working with us to schedule this game.”

UNC and Charlotte announced Aug. 8 that they would meet six weeks later. That came after the Atlantic Coast Conference revamped its scheduling model when it decided to go forward with football, allowing for 10 league games and one nonconference matchup played in the home state of the member school.

The Tar Heels opened last weekend with a win against Syracuse, but now has two straight open weekends on the schedule for now. North Carolina athletic director Bubba Cunningham said the school will look for a replacement game on Sept. 26 while coach Mack Brown said the Tar Heels “completely understand and appreciate Charlotte’s transparency” in the decision. 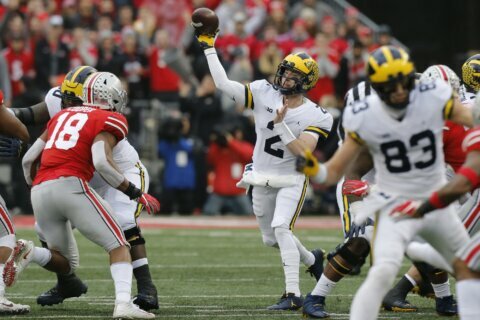 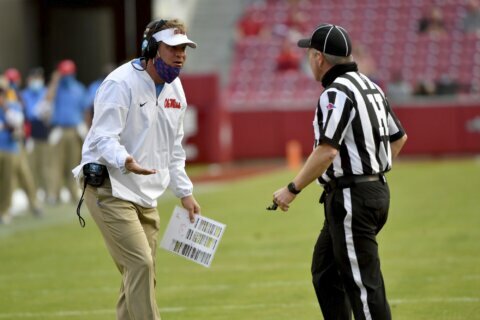