The Latest: Baylor postpones opener because of virus

The Latest on the effects of the coronavirus outbreak on sports around the world: ___ Baylor is the third Big…
Listen now to WTOP News WTOP.com | Alexa | Google Home | WTOP App | 103.5 FM

Baylor is the third Big 12 team that has had to postpone its scheduled season opener this week because of the coronavirus.

The Bears were supposed to open at home Saturday against Louisiana Tech, but the visiting school announced Tuesday night that it would not be able to play because of a number of recent positive COVID-19 tests. Athletic director Tommy McClelland said it wasn’t possible for the Bulldogs to play because of the tests and contact tracing that would keep other players out. The school didn’t provide any specific numbers.

No makeup date was announced.

TCU had to put off its scheduled opener Friday night against SMU after a virus outbreak last week among a cluster of Horned Frogs players and support staff. Oklahoma State has pushed back its opener against Tulsa a week to Sept. 19 after the Golden Hurricane were limited during preseason camp because of multiple positive tests.

Charley Hull of England has withdrawn from the ANA Inspiration after testing positive for the coronavirus.

Hull has one LPGA Tour title among her four professional wins. She said she wasn’t feeling her best when she arrived in the California desert but chalked that up to jet lag, extreme heat and her asthma acting up.

She was told of her positive test result on Tuesday morning and will self-isolate for 10 days.

The LPGA Tour said everyone else has returned negative results for the coronavirus test, pending the results of one player and one caddie.

The ANA Inspiration is typically played the first weekend in April. It was moved to September when the COVID-19 pandemic shut down the LPGA Tour for some five months.

Those who test positive are immediately isolated, not permitted access to club facilities, and have no direct contact with players or personnel. Club medical staff are in regular communication with individuals who test positive to monitor symptoms.

The Denver Broncos will admit a limited number of fans on Sept. 27 when they host Tom Brady and the Tampa Bay Buccaneers.

Colorado Gov. Jared Polis made the announcement at a news conference with Brittany Bowlen, chairwoman of the team’s COVID-19 task force and vice president for strategic initiatives.

Polis credited efforts by the Broncos as well as by Colorado residents and businesses to slow the state’s infection rate in allowing 5,700 fans to attend the team’s second home game.

The Broncos won’t have any fans at their Monday night season opener against the Tennessee Titans.

Coastal Carolina of the Sun Belt Conference has gotten approval from the state of South Carolina to have up to 5,000 people at its home football games this fall.

The Chanticleers play in the Football Bowl Subdivision and open their home season against Campbell on Sept. 18.

Leaders of six state legislatures in the Big Ten footprint have sent a letter to Commissioner Kevin Warren asking the conference to reconsider its decision to cancel the fall football season.

The letter is written on the letterhead of Michigan House Speaker Lee Chatfield and also signed by statehouse leaders from Iowa, Minnesota, Ohio, Wisconsin and Pennsylvania.

“Recent actions taken by other conferences around the country to start football and other fall sports have placed the Big Ten, its members and students at a disadvantage,” the letter said. “These athletes are losing a vital part of student life and are becoming less marketable to future employers with each passing week. Additionally, our local universities stand to lose hundreds of millions of dollars that support vital student scholarships.

“This is even more frustrating when we think of how our Big Ten athletic programs are leading the way by providing outstanding health and safety protocols. All of that unprecedented planning and teamwork was an unmitigated success, and yet somehow the conference has decided to cast it aside anyway.”

The Big Ten, and Warren in particular, have received strong pushback since the conference announced that university presidents voted to push back football and other fall sports until the second semester because of the coronavirus pandemic. Ohio State quarterback Justin Fields started a petition seeking a reversal, parents of players held a protest outside Big Ten headquarters and eight Nebraska players filed a lawsuit. 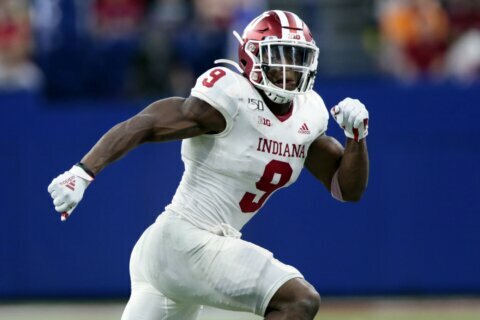 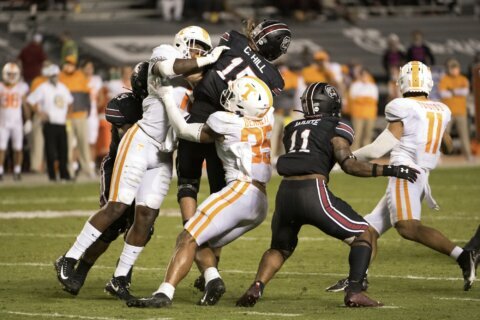 The Latest: NFL’s Texans to allow fans for Vikings game