LUBBOCK, Texas (AP) — Texas Tech coach Matt Wells admittedly has all of the normal “first-week concerns” he has every season going into an opening game.

There is also that new variable that no coach can control, something the Red Raiders have already experienced while getting ready for the season that starts Saturday night at home against FCS team Houston Baptist.

“Coronavirus and the testing will be anxiety that coaches have the entire year, not just week one, because there are so many variables,” Wells said. “You could have major personnel challenges, and hurdles to overcome. Or you could have minimal (impact), in terms of either the numbers or maybe, somebody is positive that is not ready to play yet and wasn’t in the major part of the game plan.”

An outbreak during camp forced Wells to scrap a planned scrimmage three weeks ago after 21 players tested positive for COVID-19, along with an unspecified number of additional players who had to be isolated after contact tracing. There were at least nine active case at the start of this week.

Big 12 teams No. 15 Oklahoma State, Baylor and TCU had to postpone their scheduled openers, but the Red Raiders are set to open for what is expected to be the return of quarterback Alan Bowman after two injury-shortened seasons.

Houston Baptist (0-1), already one-third of the way through its fall schedule, has three assistant coaches with Texas Tech ties that certainly have influenced the Huskies. Bailey Zappe, their 6-foot-2 senior quarterback, completed 39 of 62 passes for 480 yards and three touchdowns in HBU’s season-opening 57-31 loss at North Texas.

“A major challenge to our defense right out the gate,” Wells said.

“Bailey is an incredibly special guy,” said Vic Shealy, the only coach HBU has had. “Much of what we do is really geared towards him making the adjustments schematically at the line of scrimmage. … It’s his offense so to speak, and he’s got a lot of liberty.”

Zappe, overlooked by bigger schools when in high school in Victoria, Texas, relishes opportunities against upper-division schools, and the first game ever against a Power Five opponent for the Huskies, who are in only their eighth season. Zappe threw for 3,811 yards and 35 touchdowns last season, and led FCS quarterbacks with 30 completions a game.

“It’s a big-time opportunity for all of us,” Zappe said. “Guys that were under-recruited like me, to kind of be able to go out there and show everybody what we’re able to.”

Bowman started seven games as a true freshman in 2018, when he twice dealt with a partially collapsed lung. He played in only first three games last year in Wells’ debut, but was the nation’s leading passer with 1,020 yards, six TDs and 33.7 completions a game when he broke his collarbone. Bowman opted not to return at the end of last season, and is classified as a sophomore after preserving that year of eligibility.

Kittley anticipates his dad wearing a Tech shirt with an HBU cap, but anticipates his mom decked out fully in blue. “That might make a couple of Red Raiders angry … blood’s thicker than water,” he said.

Texas Tech had six graduate transfers last season, and six more this season. Former Arizona linebacker Colin Schooler is starting for Tech less than a month after transferring when the Pac-12 put off its fall schedule. He had 318 tackles the past three seasons at Arizona, with 46 tackles for loss that are the most among active FBS players.

Texas Tech is scheduled to play 10 games under the Big 12’s modified plus-one schedule, with HBU its only non-conference game. After the Southland Conference opted not to play this fall and is looking into a spring schedule, the Huskies have only three games set. They are supposed to play Sept. 26 at Louisiana Tech, which had a big virus outbreak and had to postpone its scheduled Saturay opener at Big 12 team Baylor. 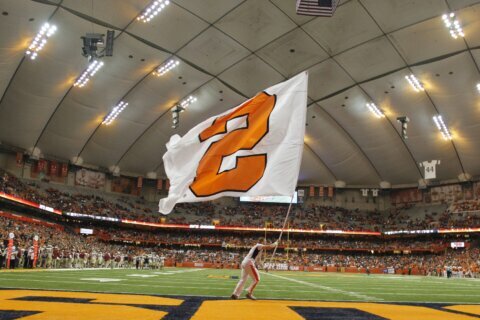 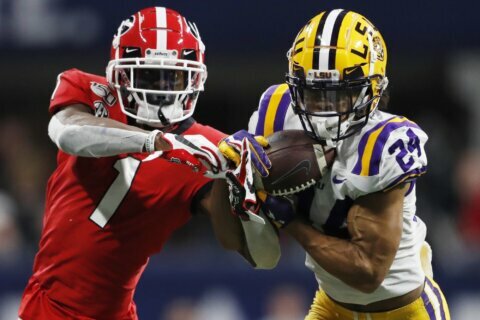