Orgeron: Most LSU players have had, recovered from COVID-19

Most of LSU’s football players have contracted and recovered from COVID-19, coach Ed Orgeron said Tuesday, leaving the coaching staff hopeful those players will remain eligible to play the bulk of the season before they have to be tested again.

Orgeron made those comments while discussing how he would plan for the possibility of seemingly healthy starters or regulars suddenly being deemed ineligible to suit up for the defending national champions because of a positive COVID-19 test.

The coach explained that because players who have recovered from COVID-19 do not have to be tested again for 90 days under Southeastern Conference protocols, he figures he won’t likely have to worry about those who’ve come back from the virus suddenly being ruled out again because of it.

“I think, not all of our players, but most of our players have caught it,” Orgeron said during a video conference, adding later that he did not know the percentage of the roster that had tested positive.

“I think, hopefully, that once you catch it, you don’t get it again,” Orgeron added. “I’m not a doctor. I think they have that 90-day window, so most of the players that have caught it, we do feel like they’ll be eligible for games.

Orgeron did not go into detail about whether any LSU players who tested positive have experienced symptoms. While COVID-19, which has killed more than 190,000 Americans, is more deadly among older people and people with preexisting conditions, it has caused lingering health problems in some younger, healthy people — including athletes.

The novel coronavirus can affect multiple organs, including the heart. Boston Red Sox pitcher Eduardo Rodriguez, who’s 27, is sitting out the entire season while recovering from a heart issue related to the virus.

The SEC’s policy of not requiring testing of recovered players for 90 days is based on medical findings that antibodies developed in fighting off COVID-19 provide at least short-term immunity from contracting it again.

No. 6 LSU hosts Mississippi State on Sept. 26 to open a 10-game, league-only SEC schedule. The SEC canceled all nonconference games because of the pandemic.

The Big Ten and Pac-12 announced in August they would not play football this fall, partly out of concern for player safety. The Big Ten, however, has been discussing the possibility of allowing its football season to start as early as next month.

LSU officials have declined to make public precise counts or even percentages of players who have tested positive for antibodies or the disease itself. The virus has been spreading at alarming rates on college campuses since students began returning for the fall semester, with some schools scrapping in-person instruction as a result.

Orgeron’s comments Tuesday were narrowly focused on how the virus would affect his ability to field a team rather than the larger implications of a widespread outbreak among his players.

“I told the team, ‘We need everybody.’ There’s no telling what’s going to happen with the COVID,” Orgeron said. “I think we’ve got a good handle of it, but once a kid gets it, the next man’s got to go up.”

Orgeron said the training staff tells him who has tested positive and who has to quarantine for how long, “and we got to make adjustments.”

Orgeron recounted that about two weeks ago, all but a few offensive linemen were out because of COVID-19 testing or contact tracing, preventing the Tigers from running 11-on-11 drills for a few days. 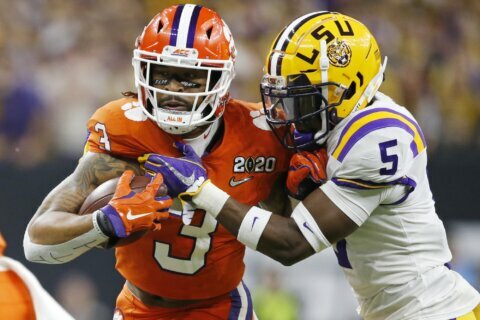 No. 1 Clemson looks for 10th straight over Boston College 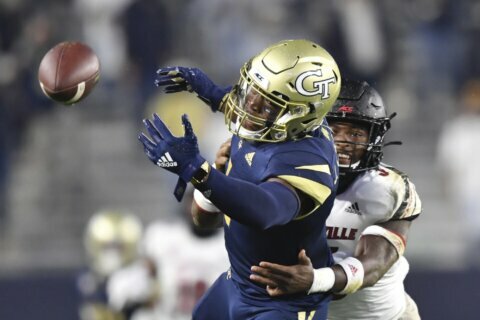 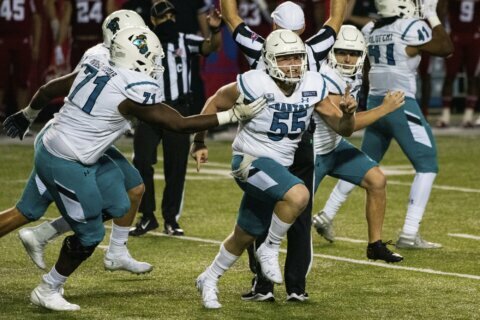